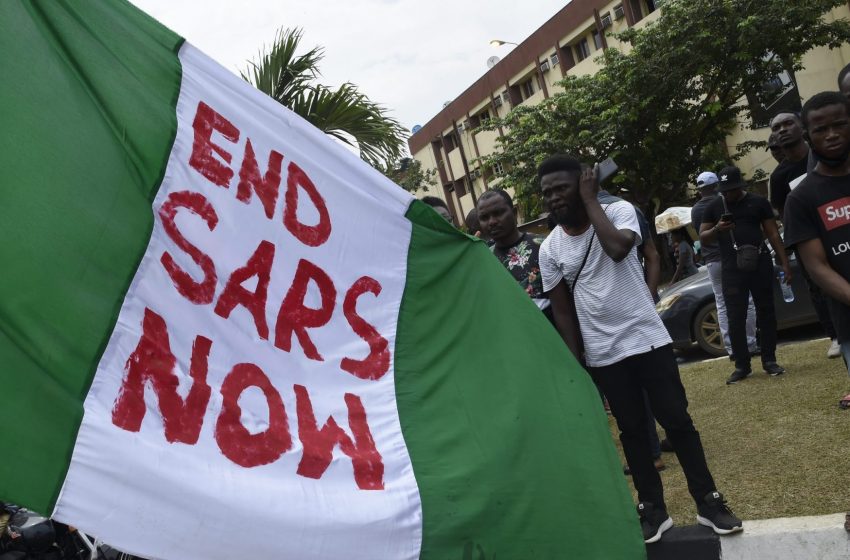 The Federal Government and the police on Thursday gave strong warnings to youths, who planned to protest at Lekki toll gate, Lagos on Saturday.

But the young Nigerians, under the aegis of #EndSARS Season 2, vowed to defy government’s order banning the protest.

Another group,  under the aegis of #DefendLagos had a few weeks ago threatened to organise a counter-protest at Lekki toll gate.

But Federal Government warned those behind the #OccupyLekkiprotest to desist, saying it would not allow act of violence under the guise of protests.

Also, the Lagos State Government warned that it would no more tolerate destruction of lives and property in the state.

Recall that youths protesting killings and other human rights abuses of a unit of the Nigerian Police, Special Anti-Robbery Squad, on October 7, 2020 began a demonstration tagged #EndSARS at the Lagos State Police Command headquarters.

The following day, the protest spread to other cities including Abuja, Benin, Abeokuta and Port Harcourt.

The matter came to a head on October 20, 2020, when heavily armed soldiers shot protesters at Lekki toll gate killing many people.

On Thursday,  the youth said they would go ahead with their plan to stage a protest on Saturday against the reopening of the Lekki toll gate.

OHe said, “Nothing can stop an idea whose time has come. We are not just calling for the protest, we are ensuring that it does not go haywire. The protest is like rain that cannot be controlled. We want a constitutional peaceful protest; the working people have agreed to make it peaceful, except the state wants to make it otherwise as they have always been doing.

“The working people will be out. We have passed through this stage before. During the #EndSARS protest, before October 20, they started killing people. The more they killed, the more the people came out. They started from Ogbomosho, went to Delta and deployed thugs in Abuja. The more the violence, the more the people will come out because they feel you cannot enslave them in their own country. It’s about the working people of Nigeria represented by the new youth, who do not even see a future, let alone having one.”

Also, organisers of the protest, in a statement on Thursday, accused the Lagos State Governor, Mr Babajide Sanwo-Olu, of seeking to cover up the alleged killing of scores of protesters at the toll gate on October 20, 2020.

The youth, in the statement, titled, ‘EndSARS Season 2: Why we will #OccupyLekkiTollGate on Saturday’, said they remained undaunted despite the threats from security agents and the state government.

They also highlighted reasons for the renewed protest.

The statement said, “After committing genocide by killing scores of people who were peacefully protesting at Lekki toll gate and other parts of Lagos, Governor Sanwo-Olu and other oppressors want to spit on the dead and dance on the blood of the innocent by reopening the gate to be collecting their blood money again.

“We say no! We are undaunted! We will be occupying Lekki toll gate again starting from Saturday, February 13. We urge all well-meaning Nigerians to storm back all the barricades, as our rulers have shown that they can never change. Since the #EndSARS, they are yet to effect any of the promises. Police brutality is still raging and SARS is still operating.

“Despite overwhelming and highly compelling evidence showing how several protesters were shot by the military, no single military official has been brought to book. Deaths have been established and many victims of the Lekki shootings have surfaced, yet neither the victims nor families of our deceased colleagues have got justice.

“After close to five months of sitting, the judicial panel meant to inquire into the Lekki massacre has refused to deliver justice to victims of the massacre most of whom have either lost their limbs due to gun wounds or have become deceased.”

The organisers also cited the high rate of unemployment among the youth and the ban on cryptocurrency, a means of income for some young people.

The group lamented the high rate of poverty in the country and the purported plan to increase petrol price to N190 per litre.

The youth called on other residents to come out for the protest.

“The Nigerian government now negotiates and enriches terrorists and bandits while chasing after, arresting, shooting and killing protesters. It is to this end that we call on you all to come out en masse to demand not just justice for victims and fallen heroes of the October 20 killings, but that all involved in this heinous criminality be brought to book,” the statement added.

As a counter-measure, youths under the aegis of the #DefendLagos announced plans to organise a counter-protest at the Lekki tollgate on Saturday.

One of the promoters of the #DefendLagos protest, Olusoga Owoeye @olusogaowoeye said, “Show your love for our Lagos. Get your friends and your neighbours to be there. Join the DefendLagos Rally at the Lekki toll plaza on the 13th of February. We will not cede our city to criminals and insurrectionists. Lagos is our pride.”

But the Minister of Information and Culture, Lai Mohammed, said government would not allow any further resort to violence in the name of #EndSARSprotest.

Mohammed, who stated this during a press conference in Abuja, admitted that peaceful protests are the constitutional rights of Nigerians. According to him, violent protests are not.

In the text of the briefing tagged ‘Perpetration of violence under the guise of #EndSARS: Never again – FG,” he said the chances that any peaceful protest would be hijacked at this time were very high.

The minister claimed that based on the intelligence at the disposal of the Federal Government, some Nigerian activists had linked up with others outside Nigeria, “including subversive elements”, with a view to destabilising the country.