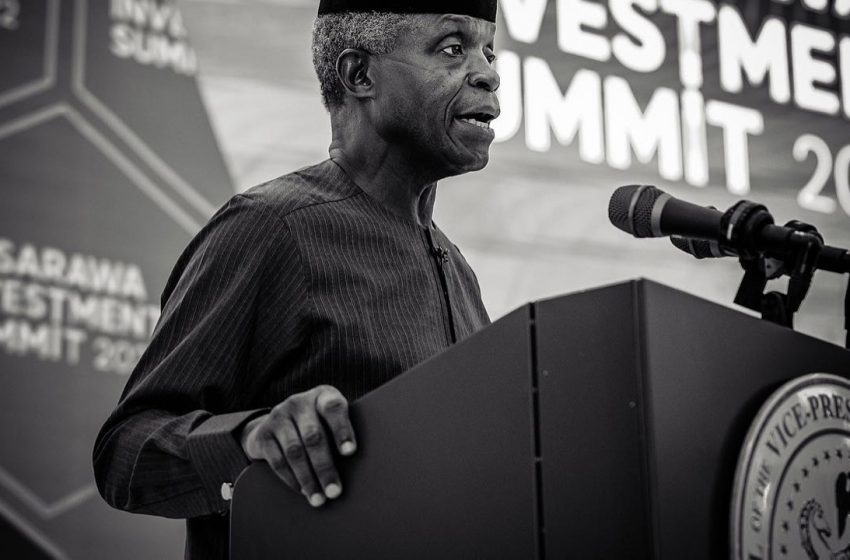 Following the dwindling fortunes in oil, Nigeria’s mono economy, the federal government has opted to deepen its economic diversification by exploring resources in the Deep Blue Sea worth over $1. 5trillion.

According to Secretary-General International Seabed Association (ISA) Michael Lodge, “the United Nations Blue economy contributes up to $1.5trillion to the global economy if effectively and sustainably managed, Nigeria stands to reap windfall from this huge opportunity for Africa and African states.”

To actualise the deliberate economic visionary approach aimed at growing its revenue base, the federal government has geared up key ministries, departments and agencies (MDAs) to participate in a coordinated drive to explore and exploit the untapped resources in the country’s vast deep seabed.

To this end, the government has consequently facilitated an international workshop that will involve the MDAs and relevant non-governmental organisations (NGOs)) with interest in maritime resources and environmental concerns.

Accordingly, the Deep-seabed Department in the Office of the Surveyor General of the Federation and its counterpart in the National Boundary Commission (NBC) are being activated and empowered to work in conjunction with the International Seabed Authority (ISA), an organisation comprising of 168 nations with focus in harnessing deep-seabed resources.

Top MDAs involved in the process are the Ministries of Transportation with NIMASA in the forefront, Foreign Affairs, Justice, Solid Minerals, Environment, and the Nigeria Navy as well as other security outfits operating in the creeks of the Niger Delta.

It was gathered that “necessary apparatus is being made available to the MDAs and officials of the ISA who are in the country to hold discussions with experts from maritime and other fields essential to the realization of the government’s resource-based improvement objective.

“The officials led by the ISA Secretary-General, Michael Lodge, will today, together with some MDAs officials, visit the Maritime Academy, Oron, where the facilities will be assessed with a view to suggesting improvements on the curriculum of the academy.”

Confirming this Monday, Nigeria’s Ambassador to Jamaica and Permanent Representative on the ISA board, Dr Maureen Tamuno, said “this proactive approach will ensure focus is placed on securing resources with low impacts on the environment.”

She further said “Nigeria is liaising with 53 other Africans in its quest to ensure the sustainable development of the deep sea resources of African countries as well as explore and exploit the resources for the benefits of the continent.”

Speaking ahead of  a two-day Africa Deep-seabed Resources workshop starting tomorrow (Wednesday) in Abuja, the ambassador said “the event will not only create needed awareness on the vast economic potentials in the deep-seabed but avail the country the avenue to tap into commercial businesses therein for sundry economic gains.”

Nigeria has in recent times come under severe shortage of funds as a result of excruciating oil theft and bunkering in the Niger Delta in addition to depreciating OPEC quota.

Besides, the lingering war between Russia and Ukraine has had severe negative impact of economies across the world and Nigeria has been adversely affected because of its dependence on proceeds from crude oil.

Nigeria’s OPEC quota hovers around 1.7 million barrels per day, even as there is a huge drop in foreign reserve as a result of inadequate production and low demand of crude oil in the last one year.

Crude oil exploration has also led to serious detrimental environmental impact on the Niger Delta region but has hampered their economic and social life, a development that has caused unemployment and encouraged militancy.

Tamuno said “the workshop will avail Nigeria and the nine participating nations not only a deeper understanding of the potentials in the vast sea deep of African countries but ample chance for them to strengthen bilateral cooperation and coordination among those that have signed into the ISA conventions.”

Also speaking, the ISA scribe, Mr Lodge, said the “organisation is not only committed to sustainable development of activities in the deep seabed for the benefits of humankind, but equally aims to build capacity and assist African states to understand and invest in the deep-sea resources in the ocean.

“The oceans and seas surrounding the African continent include the wealth of natural living and non-living marine resources.”

He also said the workshop is part of a series of five workshops organised in the continent.

Lodge further disclosed that out of the 600 African experts from 7 countries being engaged in discussions in the previous African Deep Seabed Resources project, 10 experts from seven countries were selected to undertake secondments within the ISA secretariat between 2019- 2022. Two of these experts are billed to participate in the Abuja discussion.

“The implementation of the ADSR project will provide participating countries an opportunity to discuss capacity-building actions and strategies that could be developed further at the national, regional or international levels to help African states benefit fully from their blue economies, particularly in matters relating to the increased participation in deep seabed exploration activities.

“The objective is to strengthen capacity in order to promote effective participation of developing states in deep sea exploration and ensure that the benefits of marine science and technology are distributed equitably,” Lodge said.