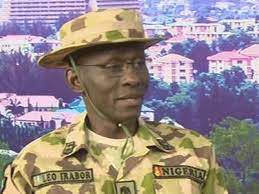 The federal government yesterday ruled out hiring mercenaries to fight the insurgency war, saying the country has enough personnel and resources to fight insecurity, especially with the reform of the armed forces by President Muhammadu Buhari.

It also foreclosed negotiations with bandits and terrorists, 2,403 of who have been killed by security forces since 2015, contending that doing so could suggest weakness and incapacity on the part of the government.

Buhari, who met behind closed doors with some traditional rulers, said he had given security chiefs marching orders to hunt down criminals, including shooting anyone found illegally bearing AK-47.
However, the Chief of Defence Staff (CDS), Gen. Lucky Irabor, said the armed forces were working together to tackle insecurity.

Addressing journalists yesterday in Abuja, the National Security Adviser (NSA), Maj. Gen. Babagana Monguno (rtd), stated that the services of mercenaries would no longer be required as the military has the firepower and expertise to defeat insurgents.

Monguno spoke following clamour that the federal government should enlist military contractors to bring a quick end to the anti-terror war.
Borno State Governor, Prof. Babagana Zulum, rekindled the debate on the necessity of employing mercenaries to assist troops in combating the insurgency.