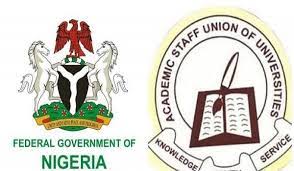 Indications emerged yesterday that the Federal Government may have implemented the ‘no work, no pay’ policy for the striking university-based unions.

This is even as the unions lamented that despite all the notices and letters sent to the federal government over the ongoing strike in the public universities, the government has not deemed it fit to either acknowledge the letters or call them to round table discussions.

Recall that the Academic Staff Union of Universities, ASUU, had embarked on a four week warning strike on February 14 which was extended at its expiration, following the alleged failure of government to address the contentious issues that led to the strike.

In March, the Joint Action Committee, JAC, comprising the Non-Academic Staff Union of Allied and Educational Institution, NASU, and the Senior Staff Association of Nigerian Universities, SSANU declared a two week warning strike, within the same month and it was also extended, while the National Association of Academic Technologists, NAAT, declared its own two weeks warning strike the same month.

The federal government has invoked the ‘no work, no pay’ policy against the striking unions. Confirming this, the President of NAAT, Comrade Ibeji Nwokoma, said members of his union were not paid full salaries in March.

He also said the government has ignored all the notices for the ongoing strike and had refused to acknowledge all the letters sent in that regard.

The NAAT President also told Vanguard that instead of inviting the striking university workers for a dialogue over the contentious issues, the government had gone ahead to implement the ‘no work, no salary ‘ policy.

He, however, said that seizing the salary of the union members would not make them call off the strike as the action was in the interest of the system.

Asked to give the update on the union’s strike, Comrade Nwokoma said: “As of today, we have entered the the fifth week of our warning strike, the first two weeks and then we rolled over for four weeks. Unfortunately, as we are talking, government has not acknowledged all the notices of strike, all the letters we wrote to them as at today.