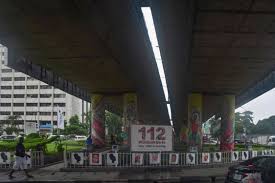 The Minister of Works and Housing, Babatunde Fashola, has said that plans have been put in place to close Falomo Bridge after repairs must have been concluded on the Third Mainland Bridge.

Fashola who was a guest to Classic FM on Sunday said the Third Mainland Bridge would be fully open to vehicular traffic before February ending.

Listing the several bridges the ministry had worked on, the minister stressed that Falomo Bridge expansion joints need work.

He said, “The pillars, the piles, repair and underwater repair of the Third Mainland Bridge should not keep us beyond the end of February.

“We have to work on Falomo because the expansion joints also need to be replaced. The deck work has been done but we will notify the public in details when it will happen. We are also working on the Eko Bridge and right under it.”

The minister explained that the Second Niger Bridge would be delivered in 2022, adding that the work was funded by the Presidential Infrastructure Development Fund, the Nigeria Sovereign Investment Authority and proceeds from late Sani Abacha’s loot.

He explained that the bridge was the smallest component of the project.

“There is a road network of about 20 kilometres, 11 on the Anambra side, nine on the Asaba side and the other network of roads that leads you to Owerri. The bridge will be finished sometime early next year and the road work will continue,” he said.

He added, “People may say they do not see what is happening because the greater percentage of the bridgework is underwater. The milling, reinforcement, concrete, cement and while that is going on, people may think nothing is happening. We are now at a point where the Onitsha bound section of the deck is almost completed. Once we finish that we will switch to the Delta bound side.”