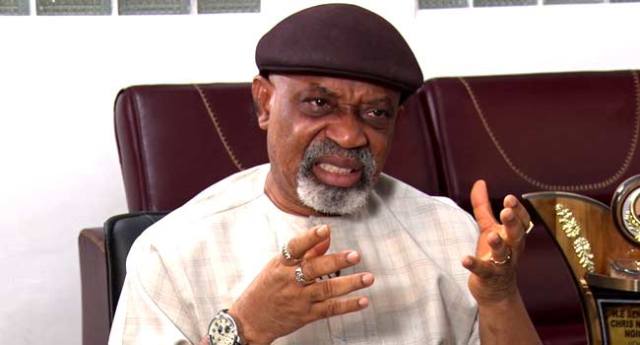 Mr Ngige said his ministry was committed to a seamless amendment of the labour laws to bring them at par with the international best practices.

The Federal Government has expressed sadness over the alarming rate of casualisation in the nation’s workforce and vowed to put a stop to it .

Mr Ngige said this in a statement signed by Charles Akpan, the Deputy Director, Press and Public Relations in the ministry.

Mr Ngige said his ministry was committed to a seamless amendment of the labour laws to bring them at par with the international best practices.

He, however, insisted that casualisation was a vexed anti-labour practice which the Federal Government had been addressing since 2016.

“Casualisation is a very volatile issue. Recall that during the Eighth Senate, we appeared before this committee over the same issue, when some banks and financial institutions casualised and sacked workers unilaterally in 2016.

”We are not sitting idle. Time has come to stop casualisation of any form in the labour force. The private entrepreneurs must make gains to keep the business afloat but must not enslave their workers.

“However, it is not just about tackling casualisation; it is more about uprooting the problem. There is a yearly youth surge into the labour market.

”1.2 million graduates from the universities and polytechnics move into the market yearly to look for work in the already over bloated public service. This is not inclusive of those with NCE and school certificate .

“Since over a year now, public servants below level 12, as part of the COVID-19 protocol have been at home, some working from home , yet the public service goes on. What does it show you? Less work for more persons.

”In spite of that, the Federal Government keeps faith, and takes the burden as part of the social protection scheme of the administration that is pro-people.

However, we must intensify efforts in job creation. That is the solution. We need a fundamental restructuring to take care of the surge,” he said.

Mr Ngige therefore urged the National Assembly to grant the ministry more time to liaise within the tripartite community so as to make fruitful contributions.

”That is toward a seamless enactment of an act on the prohibition of casualisation in Nigeria, in a manner that will stand the test time,” he said.

He added that the Federal Government could no longer close its eyes to casualisation.

”We need a law that will elicit buy-in from the employers of labour, the workers, in deed every member of the tripartite.

“Before now, we have been working to redress casualisation in the oil and gas sector, and already set up a tripartite committee comprising the Nigeria Labour Congress(NLC) Trade Union Congress, Nigeria Employers Consultative Association (NECA), the NNPC, PENGASSAN and other-related affiliate unions .

“The assignment of the committee is to draft a guideline on contract staffing in the oil industry, which will later be transmitted to the Federal Executive Council and to the Attorney General of the Federation.

The minister however cautioned that with the Petroleum Industry Act (PIA) all propositions in the guidelines must be in tandem with the provisions of the Act.

“We need to modulate the guidelines to fall within the provisions of the PIA as anything that goes to the contrary is null and void,” he said .