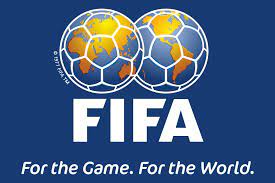 FOOTBALL governing body, FIFA, on Wednesday celebrated Nigeria’s superlative World Cup debut in 1994 in the United States, where they reached the round of 16 before being eliminated by Italy.

The Eagles, managed by Dutchman Clemens Westerhof, were in Group C alongside Bulgaria, Argentina and Greece with the debutants emerging shock winners of the group, after 3-0 and 2-0 triumphs over Greece and a 2-1 defeat to a Diego Maradona-inspired Argentina.

On their official website, FIFA celebrated Nigeria and other African countries at the World Cup with a video of late striker Rashidi Yekini celebrating the country’s maiden World Cup goal on the website.

“That was like watching the great Brazilian sides,” former England striker of Nigerian descent, John Fashanu, told FIFA, after the Eagles 3-0 win over Bulgaria at the Foxboro Stadium, Atlanta.

“The former England striker may have been biased given his Nigerian descendancy, but that 90-minute exhibition at the Cotton Bowl nonetheless wowed the world,” FIFA wrote.

“Finidi George, Emmanuel Amuneke, Daniel Amokachi and Rashidi Yekini blended individual magic with indecipherable teamwork in the demolition of an iconic, Hristo Stoichkov-led team, who went on to reach the USA 1994 semi-finals.