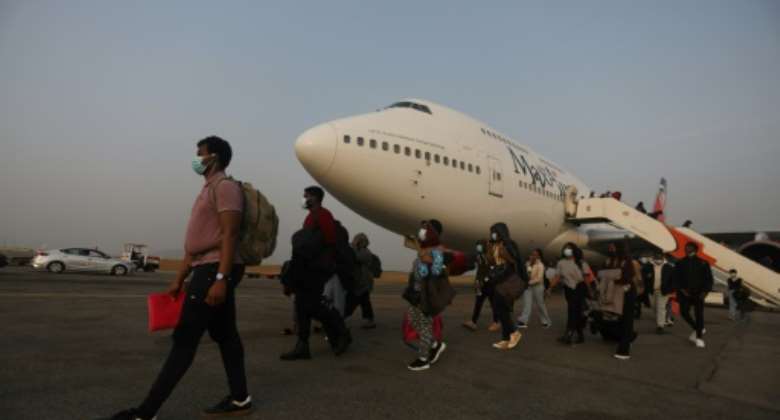 Over 450 Nigerians are set to arrive in the country after they were caught in Ukraine following Russia’s invasion of its eastern neighbour.

In a video shared by the Chairman, Nigerians In Diaspora Commission, Abike Dabiri-Erewa, on her Instagram page, some passengers were seen going through a check-in process at an airport.

Dabiri-Erewa wrote that they were the first set of Nigerians who were returning to the country from Ukraine after they found refuge in Bucharest.

“Finally. First set of Nigerians (over 450 passengers) stranded in Ukraine on their way to Abuja, Nigeria from Bucharest, Romania. Wishing them journey mercies,” she wrote.

At the beginning of Russia’s full-scale war on Ukraine, Nigerians were initially told to be responsible for their own safety and security, according to a statement by the Nigerian Embassy in Ukraine.

However, following outrage from Nigerians, the Ministry of Foreign Affairs and NiDCOM stepped in to begin preparations to provide safety to Nigerians who could find their way to neighbouring countries such as Poland, Hungary, and Romania.

Coordinating with the embassies in those countries, Nigerians escaping the war were allowed safe passage after facing initial difficulty from border control.

The National Assembly also called for the immediate evacuation of Nigerians stranded in Ukraine, prompting the Federal Government to partner with private airlines to begin evacuating them.

On Wednesday, the President, Major General Muhammadu Buhari (retd.), approved over $8.5m for the evacuation of over 5,000 Nigerians stranded in Ukraine.

Despite the government’s efforts, many Nigerians, especially students are still stuck in the conflict especially those in the Sumy province which has been reportedly overrun by Russian forces who have cut the power supply after blowing up a major power plant.

These students can not also leave because access roads and bridges leading in and out of the province are either being manned by Russian forces or have been blown up.