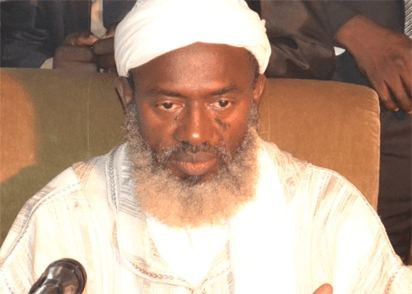 Renowned Islamic cleric, Sheik Ahmad Gumi, yesterday, insisted that the armed Fulani herdsmen are not bandits but militants fighting for ethnic survival. The former captain in the Nigeria Defence Academy, NDA, spoke on Channels Television’s Politics Today, while reeling out his experience with the armed herders. His words: “It is a complex issue. It is an ethnic war and the solution is dialogue and teaching them Islam. To them, they are talking about an ethnic existence.” ADVERTISING ADVERTISING Asked if the armed bandits are Nigerians, Gumi said: “They are Nigerians. I hate to call them bandits. They are militants fighting for ethnic survival. They want to defend themselves. If there is peace, you will not see such things as banditry, kidnapping among others. READ ALSO: Kagara: Why it’s difficult to use force on kidnappers — Niger govt “If you are talking about victims, they have more victims on their side than others. To them, they are fighting a war of existence. If you have seen them (herdsmen), you will discover they have nothing like civilization other than the guns they are carrying. “We are trying to talk to them to drop their guns. There are peace processes ongoing and they are ready to put down their arms. They are not killing people; they are just engaged in ethnic revenge. The Fulani herdsmen are victims of military excesses. The armed herdsmen are kidnapping to make money.” Speaking further, he said: “When bandits go to a Fulani village, they go in groups and ransack the village just to revenge. It is a form of revenge. It is not because of criminality, it is ethnic revenge.” When asked why it is difficult for the military intelligence to know where the bandits are, the cleric said: “The military knows where they are. When they go in and start killing, the military realize they are creating a monster. The Federal Government should go in and negotiate.” While clarifying that the armed herdsmen are not Boko Haram insurgents, he said: “I can say categorically that they are not Boko Haram but we have to be very careful. The Boko Haram we know are internationally connected but so far, they are not Boko Haram; they have some elements of Boko Haram and they presented it to the government.” They are citizens, they recognize the government and they are happy now that Boko Haram is not involved in their cause. We should come in now and give them the full teachings of Islam.