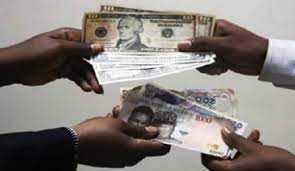 The increase in the price of fuel, scarcity of foreign exchange, and disruption in food supply chain pushed headline inflation to a new record high of 21.09 per cent in October, according to the National Bureau of Statistics.

This is 0.32 per cent higher than 20.77 per cent reported in September. This means that the cost of living is rising rapidly in Africa’s most populous nation.

The NBS said, “Likely factors responsible for the increase in annual inflation rate (year-on-year basis): disruption in the supply of food products; increase in cost of importation due to the persistent currency depreciation; and a general increase in the cost of production e.g., increase in energy cost.”

While inflation has been on the increase year-on-year, the statistics body revealed that there had been a decline in headline inflation month-on-month in the last three months due to a decline in the changes in the food index. It stated this might be because the nation was currently in its harvesting season.

It further revealed that increases in the prices of bread, cereals, potatoes, yams, other tubers, oil and fat pushed food inflation to 23.72 per cent in October.

Flood-ravaged Kogi is the worst hit, with inflation hitting 25.15 per cent in the month.

In October, fuel scarcity hit different parts of the nation, with filling stations selling petrol above the approved price of N180-N185/litre. This affected the price of transportation as public transport workers transferred this increase in cost to commuters.