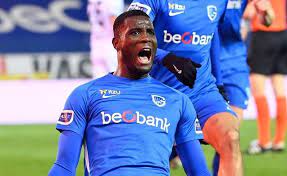 Onuachu has been linked a number of clubs in Europe following his impressive displays for the Smurfs this season.

He was on target in the club’s 2-1 away win against Anderlecht on Saturday.

According to Eleven Sports Lazio are willing to pay €25m for the striker but Genk are holding out for €30m.