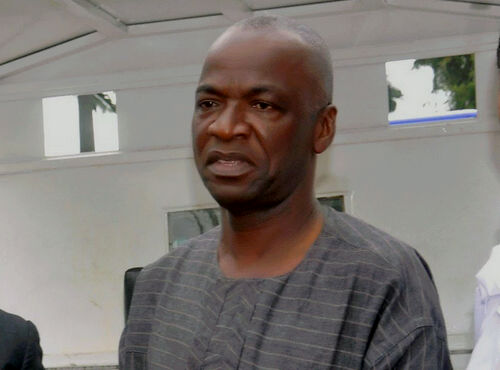 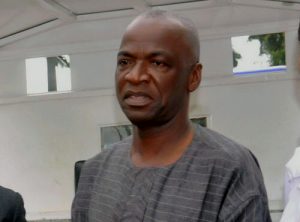 • Set To Establish National Carrier
• To Represent $29.9b Loan Request

Addressing State House correspondents after the FEC meeting presided over by President Muhammadu Buhari yesterday, Minister of State for Education, Prof. Anthony Anwuka said the development was sequel to a memo submitted by his ministry to the council on Wednesday seeking approval of the universities.
Anwuka reeled out the names of the new universities as: Anchor University, located in Ayobo, Lagos State and promoted by Deeper Christian Life Ministry; Arthur Jarvis University, Akpabuyo, Cross River State, ‎promoted by Clitter House Nigeria Limited; Clifford University, Owerri, Abia State, promoted by Seventh Day Adventist Church; and Coal City University, Enugu, promoted by African Thinkers Community of Inquiry College of Education, Enugu.
Others are: Crown-Hill University, Eiyenkorin, Kwara State, promoted by Modern Morgy and Sons Limited; Dominican University, Ibadan, promoted by Order of Preachers, Nigerian Dominican Community; Kola Daisi University, Ibadan, promoted by Kola Daisi Foundation; and Legacy University, Okija, promoted by The Good Idea Education Foundation.
Anwuka who was joined by the Minister of State for Aviation, Heidi Shirika, and Minister of Information and Culture, Lai Mohammed, explained that the eight universities would be mentored by existing older universities in Nigeria. These include University of Lagos, University of Calabar, University of Agriculture, Umudike, Umuahia, University of Nigeria (UNN), University of Ilorin, University of Ibadan, and Nnamdi Azikiwe University, Awka.
The minister further explained that the mentoring arrangement was backed by Education Act, Cap E3 Laws of Federal Republic of Nigeria, 2004 implemented by the NUC and the Federal Ministry of Education.
“It is the part of the requirements. And older university old enough within the university zone where each of the new universities has been approved is given the mandate to oversee and mentor the new universities in terms of academic culture, administration for three years within which period they must have learnt the art of university governance and academic details.”
The minister said the universities would be visited during the three years of provisional licence to “ensure that they are doing the needful in providing meaningful, responsive education to Nigerian youths.”
Also yesterday after the FEC meeting, Lai Mohammed said President Buhari would reapply for the approval of $29.9 billion loan. The first request for external borrowing to fund critical infrastructural projects in the country between 2016 and 2018 was rejected by the Senate on Tuesday.
But Mohammed said that lack of detailed information frustrated the approval of the first request sent to National Assembly.
Developments in the aviation sector had also come on the agenda of the FEC. The Minister of Aviation disclosed that beginning from next week, the government would appoint a transition adviser that will facilitate the establishment of a new national carrier.
According to Shirika, the establishment of the national carrier will address the needs of Nigerians both on domestic and international routes.
“The most important incentive is that between now and Wednesday, we will appoint a transaction adviser for a national carrier, once that is in place Nigerians will have options, there will be competition, good aircraft and this will bring the price down.”
He said unlike in the past when the Federal Government wholly owned the Nigeria Airways, the new national carrier in the offing would be run by the private sector with government owning only a paltry five per cent stake.

Asked to name those in the private sector who are expected to participate in the establishment of the new national carrier, the minister said: “It will be pre-emptive to start naming those interested. We do not want to discourage anybody from participating. We want to make it broad-based and we want as many people as possible on board. We want people to compete. Just wait and at the right time we will let Nigerians know those who will be involved in the new carrier.”
On the planned withdrawal of some foreign airlines from Nigeria, the minister noted that the government was doing everything possible to ensure that an enabling environment was provided for them to operate.
He disclosed that the Central Bank of Nigeria (CBN), as a mark of encouragement, had made $300 million available to foreign airlines out of the $600 million earnings that they had been unable to repatriate to their country. He said the move was part of the renewed efforts of the government to spur the airlines’ operational efficiency and effectiveness.