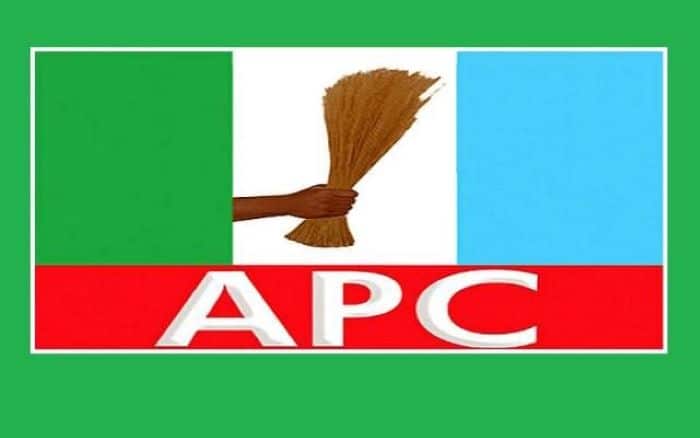 With the caretaker committee foot-dragging on plans for the party’s convention slated for Saturday, All Progressives Congress (APC) governors will meet today on the fate of the exercise.

The caretaker committee has not taken the needed steps to make the convention possible aside from notifying the Independent National Electoral Commission (INEC).

“No other steps necessary to show preparation for the convention has been taken by the caretaker committee, hence, the necessity for today’s meeting by the governors,” a source close to the Progressive Governors’ Forum (PGF), said at the weekend.

It was learnt that today’s meeting will prepare grounds for tomorrow’s meeting of the governors and members of the Mai Mala-Buni led Caretaker Committee with President Muhammadu Buhari at the Presidential Villa.

The meeting was shifted last week to enable the President to travel to Belgium for the European Union-Africa Union (EU-AU) Summit in Brussels.

The President returned on Saturday.

A source said the caretaker committee is planning to ask for a long shift of the convention, but some governors are believed to be angry about this.

They are said to be interested in a two-week shift from February 26 to March 12.

Part of the argument for the shift of date being proposed by the caretaker committee, it was learnt, is the need to hold the zonal congresses to elect the zonal vice chairmen before the election of the members of the National Working Committee (NWC).

Another argument is that the February 26 date coincides with by-elections in eight APC states.

The Saturday date is shaky because the caretaker committee has failed to unveil pre-convention activities, including zoning, sale of nomination forms, the inauguration of sub-committees and submission of forms.

The party’s Directorate of Organisation had been directed to prepare a schedule of activities and budget for zonal congresses.

The date for the zonal congress, however, will be released after the party leadership has secured the nod of President Buhari on zoning and micro-zoning.

It was gathered that apart from employing the zonal congress to buy more time, the arrangement was put in place by the caretaker committee to perfect the consensus mode of electing new party leaders and flag-bearers for the 2023 general elections.

A source, who pleaded anonymity, said the Caretaker Committee and some governors perfected the zonal congress arrangement while President Buhari was in Belgium and intend to sell the idea to him, with the support of some influential members of the Federal Executive Council.

The source said: “Having conducted congresses from the ward to the state level, the line of argument of the caretaker committee was that it will be proper to have zonal leaders of the party determined at their various geo-political zones for proper inclusiveness of party members.

“Hence, they (CECPC) will be proposing to Mr President the need for zonal congress before the national convention.”

The meeting may decide whether or not to go ahead with the convention scheduled for February 26.

But most APC governors were angry that the Buni-led Caretaker Committee has kept them in the dark over the convention.

It was learnt that some governors have sent an emissary to President Buhari to feel his pulse on whether or not to postpone the convention.

Speculations about a likely revolt against Buni have made some governors to threaten a boycott of today’s session in Abuja.

The consensus among governors was still on the ceding of the office of the national chairman to the Northcentral.

The fresh proposal to anoint a former Speaker of the House of Representatives Yakubu Dogara as chairman received “little backing” last night.

According to a source, who spoke in confidence, most APC governors were unhappy with the Caretaker Committee for its ding-dong attitude to the convention.

The source said the governors could not fathom why the caretaker committee was yet to raise sub-committees for the exercise.

The source claimed that the split of the PGF into pro and anti-convention groups has deepened the cracks in the association.

The source said: “All is not well among APC governors over the convention because the Caretaker Committee is unwilling to stick to the agreed February 26 timeline. The committee wants to have its cake and eat it.

“Apart from funding, the Caretaker Committee has come up with an excuse that some off-season elections will hold on the convention date. It is contemplating a shift to March 12.

“Most governors are, however, insisting on February 26 having got wind of a plot to drag the convention till July or August when presidential and other primaries will be conducted. The CECPC members wanted a two-in-one convention.

“There are fears that the shift in convention date was being designed to either favour some members of the CECPC or their cronies for elective offices, including presidential and governorship seats in 2023.

“All these factors have made today’s meeting compelling.”

A governor, who spoke in confidence, said: “It is going to be a make or mar meeting to break the jinx on this convention. We will decide either on going ahead with the convention or a slight postponement which may be the last of such.

“We heard rumours of a new convention date of March 12 but the CECPC has not made recommendations to the PGF. Governors are being turned into ball boys.

“We now have pro and anti-convention governors simply because we can’t keep to an agreement on the date we chose because of 2023 ambitions.

“Left to some of us, we have had enough of CECPC unless the President decides otherwise. This is why there is tension among us.”

It was gathered that some governors were threatening to boycott today’s meeting which they suspected might “put Buni on the spot.”

Another source, who spoke on the intrigues, said: “Those planning to boycott the meeting have become desperate and trying to ensure that the PGF does not have the quorum at today’s meeting.

“They are afraid that governors may join issues with Buni and CECPC at the meeting.

“Some governors sent an emissary to the President last night on the need to intervene and give a definite direction.

“The way we are going, APC is closer to the crisis which made it to lose elections in Zamfara State in 2019.

“There are some forces pulling the strings to create a permanent crisis in APC.”

Many governors have insisted on an APC chairmanship slot for the Northcentral instead of the retention of the office by the Northeast.

It was learnt that the same anti-convention forces came up with the choice of ex-Speaker Yakubu Dogara to “prop up a new issue which could cause fresh confusion in the party.”

Another governor said: “Dogara is a good leader but his candidature is not flying because those behind it are mischievous.

“We had got to a point where some governors who didn’t know how APC was formed are trying to foist crisis on the party. They can’t eat their cake and have it.”