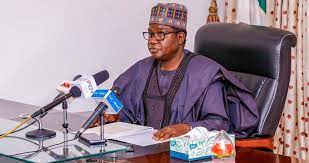 The governor, in a statement signed by his Director of Press, Simon Macham, urged citizens to abide by the curfew and remain indoors to allow security agencies maintain law and order and deal with those bent on causing chaos, adding that the 24-hour curfew on Jos North Council will remain in force until further notice.

The statement read in part: “From 2:00p.m. of today (Sunday), a 24-hour curfew will come into effect in Jos North Local Government Area. This is necessitated by security reports, which indicate rising threats to the safety of lives and properties within the Local Government. If necessary measures are not taken, there would be a breakdown of law and order in the council, which would spread to other parts of the state