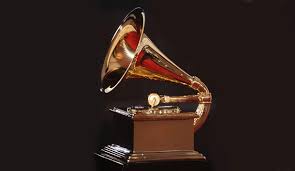 In a congratulatory message to the duo, the Lagos State Commissioner for Tourism, Arts and Culture, Mrs. Uzamat Akinbile-Yussuf, described the achievements of Damini Ebunoluwa Ogulu popularly known as Burna Boy and Ayodeji Ibrahim Balogun also known as Wizkid, as very historic and motivational.

The Commissioner said that the Awards were a boost to the country’s entertainment scene and special recognition for Lagos State, being the hub of entertainment and the start-point for most Nigerian Hip-Hop artistes.

Akinbile-Yussuf said, “This Grammy Awards for two of our music stars show persistence, vision, tenacity, sense of purpose and breakthrough in a very competitive music genre”.

While urging the upcoming artistes to be motivated by the feat attained by Burna Boy and Wizkid, the Commissioner said “anything that can be dreamt of, could also be achieved, provided one is determined to remain focussed on it”.

Recall that Burna Boy won his first Grammy Award with his Album “Twice as Tall”, which was nominated alongside four others, while the song “Brown Skin Girl” in which Beyonce featured Wizkid, won the award for Best Music Video at the 63rd annual Grammy Awards. The feat was the first Grammy award for Wizkid.