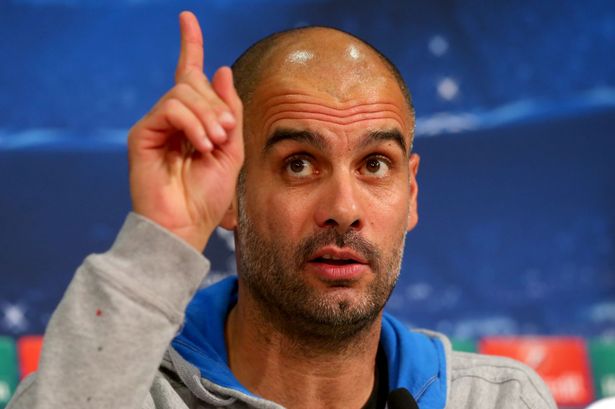 Pep Guardiola insisted Manchester City’s title hopes were still intact despite admitting Liverpool are poised to take a significant lead in their two-way battle for the Premier League crown.

Jurgen Klopp’s side can extend their advantage at the top to seven points with victory at home to Leicester on Wednesday after the reigning champions’ shock 2-1 defeat at struggling Newcastle on Tuesday.

The Spaniard’s 100th league game in charge turned sour at St James’ Park despite Sergio Aguero putting City ahead in a mere 24 seconds with the fastest Premier League goal of the season.

Guardiola, however, is far from ready to throw in the towel with more than three months of the campaign to play, and predicted plenty more twists and turns in Liverpool’s bid to end a 29-year wait to win English football’s top prize.

“We’re still in January,” said City manager Guardiola. “There’s a lot of time but of course, when you’re behind the leaders you don’t want to drop points and every game is one less but there are still a lot of matches to play.”

“A lead of seven points is a lot but we’re not in April or May. There are still many games left and anything can happen,” the former Barcelona and Bayern Munich boss added.

“There are a lot of tough games to play against sides trying to stay in this division, or playing to get into the Europa League or the Champions League. In our case we will do our best to be there and not to give up.”

After surrendering an eight-game winning run at St James’ Park, second-placed City return to action at home to Arsenal on February 3, and their Spanish coach added: “We didn’t underestimate Newcastle — no way. We’d never do that and that’s the reason why we’re still in four competitions.

“That’s why we recorded 100 points last season. It’s just sometimes we don’t play at the level we want to play and that can happen — it was not our good night, and that’s something I understand completely.”

Newcastle moved five points clear of danger after securing back-to-back league wins for the first time since November after Salomon Rondon equalised midway through the second half before Matt Ritchie’s penalty 10 minutes from time completed their comeback.