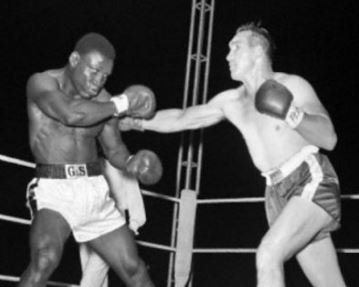 Oyekola had earlier been scheduled to face Jose Ramos Savin of Spain but the Spanish boxing authority had placed a ban on international bout owing to the resurgence of Covid-19.

The visitors were received by a team of Government top functionaries led by the Secretary to the State Government, Mrs. Olubamiwo Adeosun. Ladipo explained that Oyekola will now battle the Argentine Montesino due to the fact that the previous challenger, Savin, hailed from Spain where COVID-19 was ravaging.

Noting that Nigeria last hosted such a world title fight in Nigeria in 1963, Ladipo solicited the support of the Oyo state government and Nigerians to spur Oyekola to victory.

In her response on behalf of Governor Seyi Makinde, the Oyo SSG, Mrs. Olubamiwo Adeosun assured the visitors of the state government’s support for the fight.