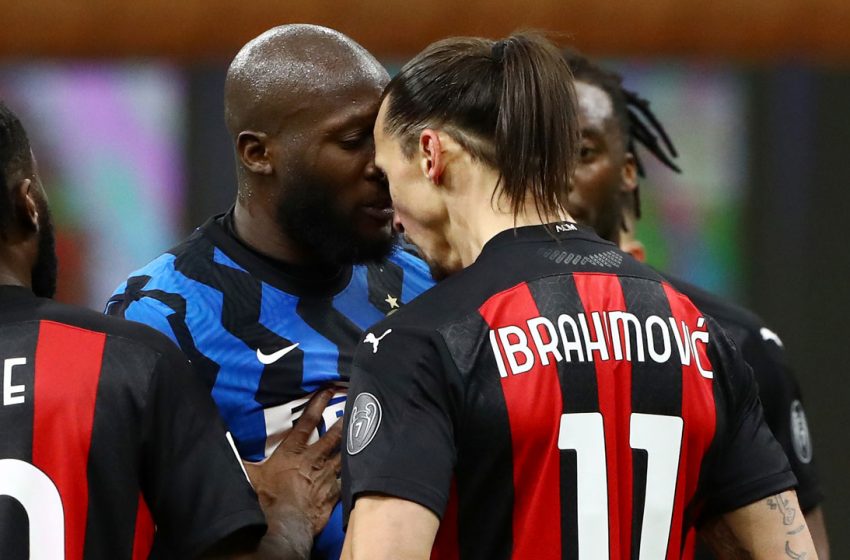 AC Milan and city rivals Inter renew their duel for top spot in Serie A on Sunday in a third clash this season between star strikers Zlatan Ibrahimovic and Romelu Lukaku as champions Juventus play catch-up.

Antonio Conte’s Inter went top after Lukaku scored twice in a 3-1 win over Lazio, one point ahead of Milan who dropped to second after losing to Spezia last weekend.

Juventus will be looking for a boost against rock bottom Crotone after following their Napoli defeat with a Champions League last 16, first leg loss at Porto.Inter have the advantage of being fresher having been eliminated early from European action.

AC Milan return to Italy after conceding a late goal in a 2-2 draw at Red Star Belgrade in the Europa league, a game in which midfielder Ismael Bennacer was injured.

“Against Spezia it was not the real AC Milan. The important thing is to turn the page,” said Milan coach Stefano Pioli.

It will be the third derby this season with Milan winning the first 2-1 in the league.

Inter won a fiery Italian Cup quarter-final by the same scoreline, a game overshadowed by Ibrahimovic and Lukaku squaring off and trading insults, with the Swede later sent off.

Inter have won five of their last six meetings.

But AC Milan can win both league games against Inter for the first time since 2010-11, when they went on to lift their most recent Serie A title.