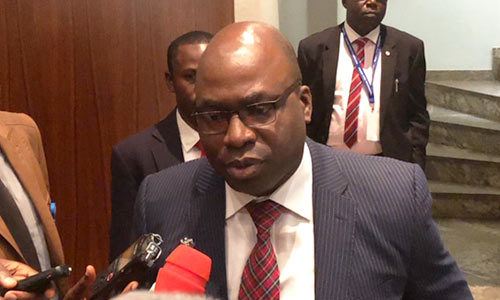 The Independent Corrupt Practices and Other Related Offences Commission (ICPC) has recovered N1.1 billion and 29 buildings, that have now been forfeited to the federal government between January and March 2021.

ICPC Chairman, Prof. Bolaji Owasanoye, at the weekend, told the Senate Committee on Anti-corruption and Financial Crimes Committee, led by Senator Suleiman Kwari, during an oversight visit to the national headquarters of the agency in Abuja that N418.8 million and $1.5 million in domiciliary accounts were forfeited to the federal government between January to March 2021.

The ICPC stated that the agency filed a total of 73 court cases in 2020 and 11 cases filed between January and March 2021 while the agency secured 26 convictions in 2020 and four in the first quarter of 2021.

Owasanoye added that N147 billion was restrained by the Office of Accountant General of the Federation (AuGF) from personnel, overhead and capital costs based on the instruction issued in 2019 on the account of ICPC personnel cost review of Ministries, Departments and Agencies (MDAs)

He gave the breakdown of the restrained funds to include overhead – N15.5 billion, personnel – N32.3 billion and N99.2 billion.

In his remarks, Kwari applauded the agency for living up to expectations, adding that the Senate is ready to support it to do more.He said: “I appreciate the chairman and board members for the job well done and we also commend what you have been doing for the nation.”