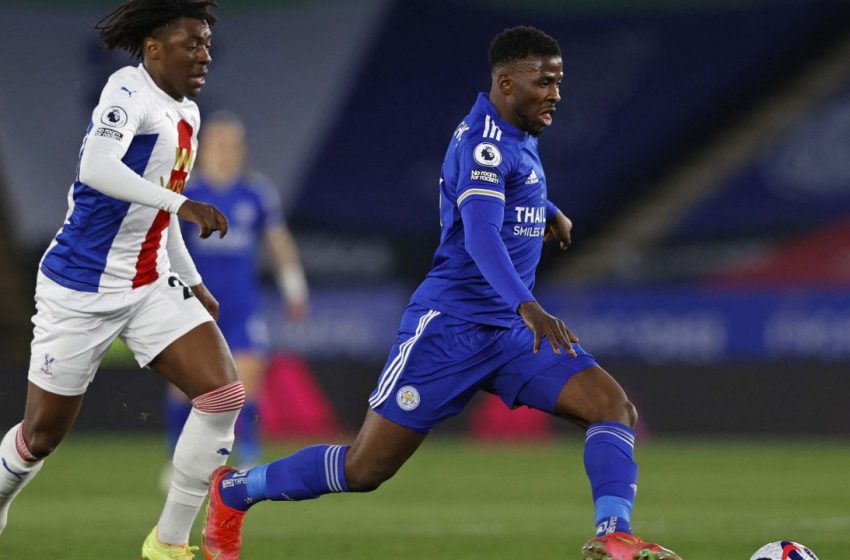 Leicester strengthened their grip on third place in the Premier League as Kelechi Iheanacho’s superb strike capped a spirited fightback in Monday’s 2-1 win against Crystal Palace.

Brendan Rogers’ side trailed to Wilfried Zaha’s first half goal at the King Power Stadium.

But Timothy Castagne equalised soon after the interval with his first goal since September.

And Nigeria striker Iheanacho sealed Leicester’s second successive victory when he scored with a thunderous finish 10 minutes from full-time.

Leicester are four points clear of fourth placed Chelsea and seven ahead of fifth placed West Ham as they bid to qualify for next season’s Champions League.

With five games left, the FA Cup finalists have already matched their total of 62 points from last season.

A late collapse cost the Foxes a place in the Champions League in 2020, but Rodgers’ men are firmly on course to make amends thanks to the sparkling form of Iheanacho.

Going into February, Iheanacho had not scored a single league goal this season, but no-one has netted more than his 10 in the competition since then.

The 24-year-old has 12 goals in his last nine games in all competitions.

He is the first Nigerian to reach double figures in Premier League goals in a season since Odion Ighalo’s 15 for Watford in 2015-16.

Leicester set the tempo as Jamie Vardy swivelled to fire just over from 12 yards.

Despite Leicester’s early pressure, Palace snatched the lead with a ruthless counter-attack in the 12th minute.

Christian Benteke robbed Youri Tielemans with a strong challenge on the halfway line and Eberechi Eze strode forward before slipping a defence-splitting pass through to Zaha.

The Ivory Coast forward eluded Leicester’s offside trap and guided a cool finish past Kasper Schmeichel for his 10th goal of the season.

It was a familiar, dispiriting sight for Leicester as Zaha celebrated his sixth goal in his last seven league appearances against the Foxes.

But there was no end to Leicester’s territorial dominance and Jonny Evans nodded down to his fellow centre-back Caglar Soyuncu, who shot wide from a good position.