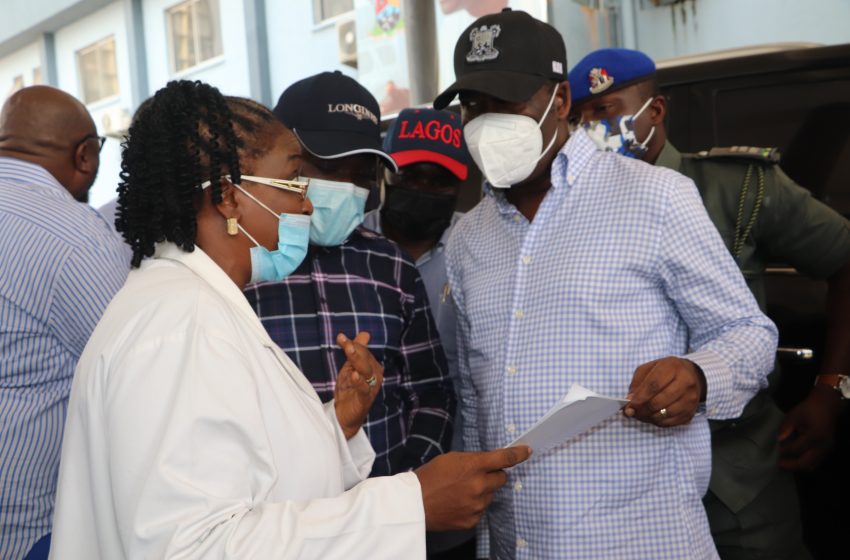 Lagos State Government has promised to take full responsibility for the treatment and medical bills of rescued victims of the Ikoyi building collapse.

Deputy Governor of Lagos State, Dr. Obafemi Hamzat disclosed this today during his visit to some of the rescued victims of the Ill-fated incident who are on admission at the General Hospital, Lagos. 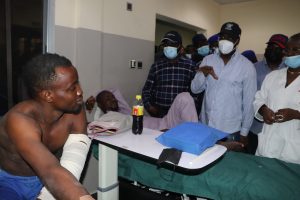 Hamzat who spoke to press men after the visit explained that nine people, all male, have so far been rescued from the debris of the building adding that three of the rescued victims were treated and discharge on the spot while the remaining six are presently on admission receiving treatment at the Medical Emergency (LASEMS) unit of the General Hospital, Lagos. 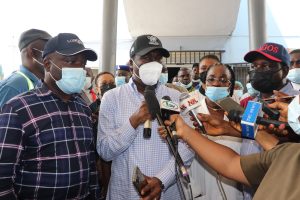 While noting that the admitted victims are responding well to treatment and doing well, the deputy Governor noted that the injuries sustained by those presently on admission are minor injuries which are not life threatening.

He however mentioned that some casualties of the collapsed building who were brought in to the hospital dead have been deposited at the morgue.

He said: “So we have six people in here, all male, and thankfully they are doing well. The doctors have told us their state; they have minor injuries and nothing life threatening thankfully. They are being treated and of course as you know, the Lagos State Government is taking full responsibility for their treatment. 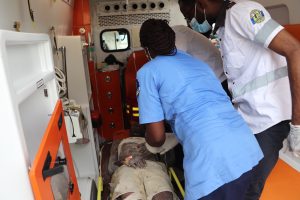 “We have their names and we will be getting in touch with their families. Nine people were rescued, six are here now, three people have gone home and as you know we have 10 dead bodies taken out of the place”.

Hamzat expressed deep sympathy with victims, assuring them of adequate care during the course of their treatment. 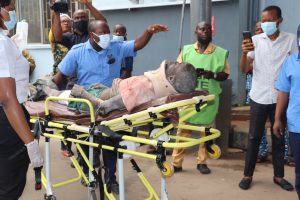 Speaking in the same vein, the Permanent Secretary, Ministry of Health, Dr. Olusegun Ogboye who accompanied the Deputy Governor on the visit assured the rescued victims of quality and optimal health care service at the facility stressing that trained medical personnel are on ground to aid their recovery process.

The Deputy Governor was joined on his visit by the Commissioner for Information and Strategy, Mr. Gbenga Omotoso, Commissioner for Physical Planning and Urban Development, Dr. Idris Salako and the Permanent Secretary, Ministry of Physical Planning and Urban Development, Mrs. Abiola Kosegbe. The team was received by the Deputy Medical Director of the General Hospital Lagos, Dr. Abiola Mafe.