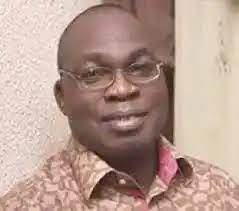 The letter read in part, “Your appointment for this sensitive assignment is as a result of the high confidence the NFF president reposes in your person and I believe you will work diligently to take decisions that are in the best interest of Nigerian football.”

The committee’s mandate, according to Dr Sanusi is to “sit down with the League Management Company to look into the License Agreement between the NFF and the LMC.

In his response, Ilaboya, an Executive Director, Edo State Sports Commission, and immediate past Chairman of Owan West Local Government Area, promised to join hands with other committee members to deliver on the task.

“I am a part of the football family and a strong believer of the Nigerian league. I am excited about the opportunity to contribute my quota to the development of the NPFL. As always, I will apply myself diligently to the task at hand, working with other committee members to deliver on the mandate given to us. Those who know me know I apply myself 100 per cent to any cause I believe in, and this assignment is one of such.

“I also want to thank the NFF president, Ibrahim Gusau, and the NFF Executive Committee members for the confidence in my person