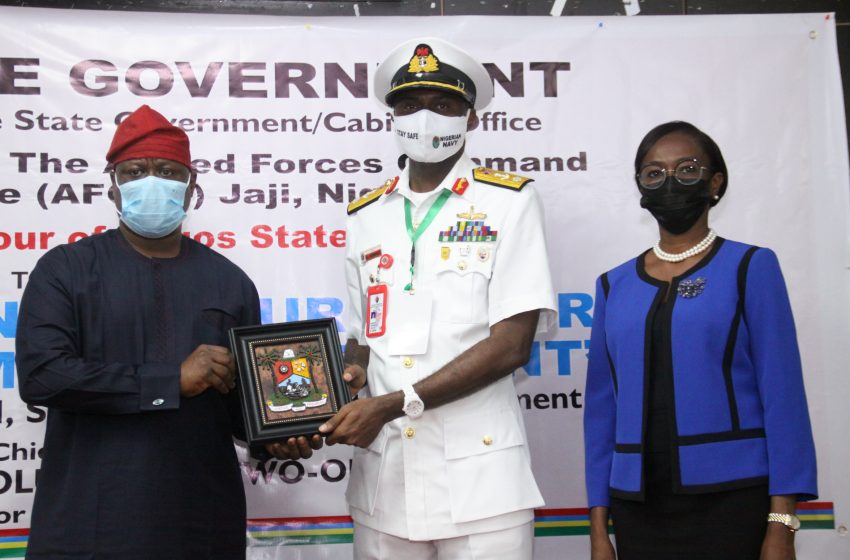 The Secretary to the State Government (SSG), Mrs. Folashade Sherifat Jaji, has said that implementation of the T.H.E.M.E.S development agenda of Governor Babajide Sanwo-Olu led administration has changed the socio-economic narratives of the State.

The SSG disclosed this in her address at the commencement of a five-day study tour of Lagos State by the participants of Senior Course 44 of the Armed Forces Command and Staff College, Jaji at Ikeja.

Mrs. Jaji, who was represented at the event by the Special Adviser to the Governor on Development Agenda for Western Nigeria (DAWN) Commission Matters, Engr. Olayinka Adekunle, said the various measures taken by the present administration to improve the State’s socio-economic development, as well as security of lives and property, have been carefully woven around the six pillars of the T.H.E.M.E.S development agenda.

She said: “The acronym, T.H.E.M.E.S, represents the six pillars of the State’s strategic development agenda, namely: Traffic Management and Transportation, Health and Environment, Education and Technology, Making Lagos a 21st Century Economy, Entertainment and Tourism, as well as Security and Governance”.

The SSG noted that in the last two and half years, all hands have been on deck to realise the Greater Lagos dream despite the challenges posed COVID-19 pandemic and the #EndSARS saga.

She acknowledged the aptness of the event theme: “Enhancing National Security through Socio-Economic Development”, adding that it affirmed the importance attached by the Federal Government to the socio-economic factors such as income, education, employment, community safety and social support that will enable citizens to live well.

The Commandant of the College, Air Vice Marshal Ebenezer Alade, stated that the study tour would afford the students of Senior Course 44 to examine and understand the peculiarity of Lagos State security architecture and socio-economic policies.

In his remarks, the Leader of the team and Director, Department of Maritime Warfare, Commodore Kehinde Odubanjo, said Lagos State is one of the best States to acquire knowledge about the development in Nigeria.

He said the students would not only look at the success stories of the State but also the challenges in order to proffer needed solutions for the State and the nation when they return to the college.