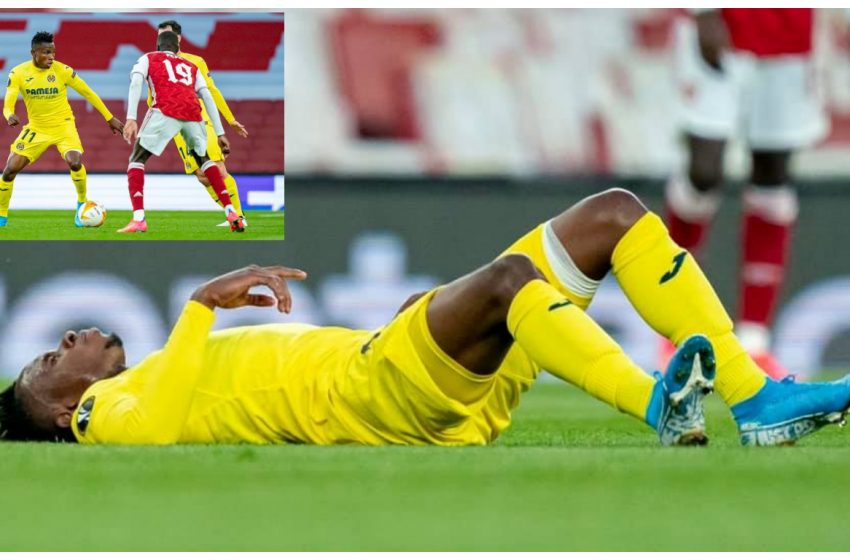 Villarreal winger Samuel Chukwueze is a doubt for the club’s UEFA Europa League final clash against Manchester United in Poland on May 26, after suffering a muscle injury to his left leg in the team’s semi-final tie against Arsenal last Thursday.

According to the club’s medical report on Saturday, the winger had suffered “muscle damage” to his left leg, which may take a month to fully heal, potentially ruling him out of the final at the Stadion Energa Gdańsk in Poland.

“Samu suffers muscle damage in the anterior rectus of the left leg, the recovery time is according to the evolution of the player,” the club’s medical report stated

Chukwueze has been a key member of Villarreal’s Europa League campaign, featuring in 11 out of 14 games, scoring once and providing four assists, including one in the first leg semi-final against Arsenal in Spain.

Villarreal manager, Unai Emery, has, however, not ruled out the tricky winger from the final game of Europe’s second tier club football competition.

Villarreal beat Arsenal 2-1 on aggregate in the semi-finals to book a final date with Manchester United.