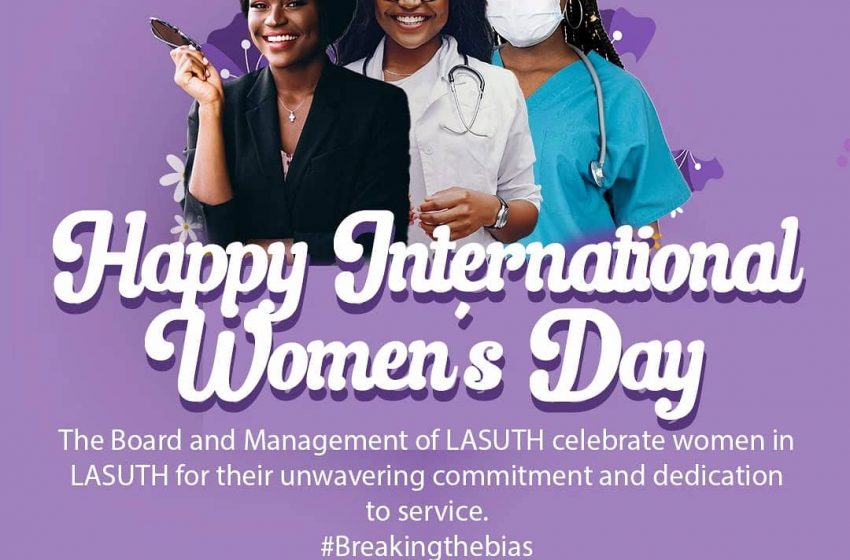 The Lagos State University Teaching Hospital (LASUTH), on Tuesday, joined the rest of the world to commemorate International Women’s Day with the theme “Gender Equality Today for a Sustainable Tomorrow”.

A statement issued by the Chief Medical Director of LASUTH, Prof. Adetokunbo O. Fabamwo, said that all staff of the facility are happy to join others across the globe to celebrate the day in recognition of the women in the health sector, particularly in LASUTH.

Professor Fabamwo applauded all women health workers for their immense contributions towards the improvement of the State’s health system, especially during the early stages of the global COVID-19 pandemic.

He said: “UNESCO described the International Women’s Day as an occasion to celebrate the progress made towards achieving gender equality and women empowerment, as well as a day to critically reflect on those accomplishments and strive for a greater momentum towards gender equality worldwide. It is a day to recognise the extraordinary acts of women and to stand together, as a united force, to advance gender equality around the world”.

“Throughout human history, women have played a significant role in health care. Women are increasingly being recognised as more vulnerable to natural disasters and gender-based violence recorded in all parts of the world, most especially the developing nations. However, women are effective and powerful changemakers as they are involved in sustainable initiatives around the world; their participation and involvement result in more effective actions”, the Professor added.

The CMD, therefore, charged everyone concerned that as they celebrate the strides women have made all over the world, the need to actively choose to challenge the stereotypes and fight the biases that often reinforce gender inequality in the health sector in Nigeria and the world at large is pertinent.

“Everyone can do something to broaden perceptions and improve situations for women. Collectively, each one of us can help create a gender-equal health sector, country and world at large”, he stated.