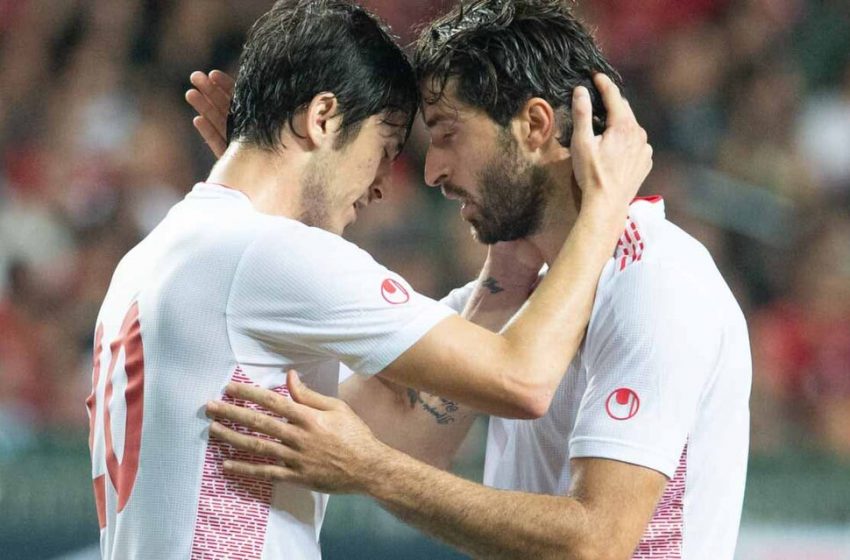 Iran bounced back from two straight defeats to put their 2022 World Cup qualification campaign back on track with a 3-1 win over Hong Kong while Bahrain hammered Cambodia 8-0 to go top of Group C on Thursday.

Five-time finalists Iran struck twice in the second half of their Group C game to take their tally to nine points from five matches, three behind leaders Bahrain, who are hoping to qualify for the tournament proper for the first time in their history.

Iran had beaten Hong Kong 2-0 in their opening match in September 2019 before thrashing Cambodia 14-0 but suffered shock back-to-back defeats against Iraq and Bahrain, leaving them with little scope for error in their remaining matches.

Midfielder Ali Gholizadeh put Iran ahead from an acute angle after dribbling his way into the box in the 23rd minute before Vahid Amiri and Karim Ansarifard scored in the second half to give them a 3-0 cushion.

An 85th minute goal by Cheng Siu Kwang came as little consolation for Hong Kong for whom it was their third defeat in six matches in a format where only the group winners are guaranteed progress to the next round.

Bahrain, who narrowly missed out qualifying for the tournament in 2006 and 2010 when they lost in the inter-continental playoffs, led 2-0 at the break on Thursday before slamming in six goals in the second half at the Bahrain National Stadium in Riffa.

Three of their players – Kamil al-Aswad, Ali Madan and Ismaeel Hassan – scored twice in the match, while Mohamed al-Romaihi and Jassim al-Shaikh accounted for the other two goals.

In Group G, a brace each by Fabio de Lima and Ali Mabkhout saw the UAE thrash Malaysia 4-0 at the Zabeel Stadium in Dubai.

Two of the four goals came during the second half stoppage time as the Emiratis leapfrogged Thailand and Malaysia on goal difference to go second on nine points, two behind leaders Vietnam.

Meanwhile, in Group E, 2022 hosts Qatar edged out plucky India 1-0 with Adbulaziz Hatem scoring the winner in the 33rd minute. Qatar’s results will not be considered though as they don’t need to qualify for the tournament being the hosts.

Also in Group E, Bangladesh and Afghanistan played out a 1-1 draw in Doha that dented both teams’ chances of making the cut.

The competition began in 2019 but the Covid-19 pandemic left the schedule in disarray before it resumed last week when Japan confirmed their spot in the third round by thrashing minnows Myanmar.