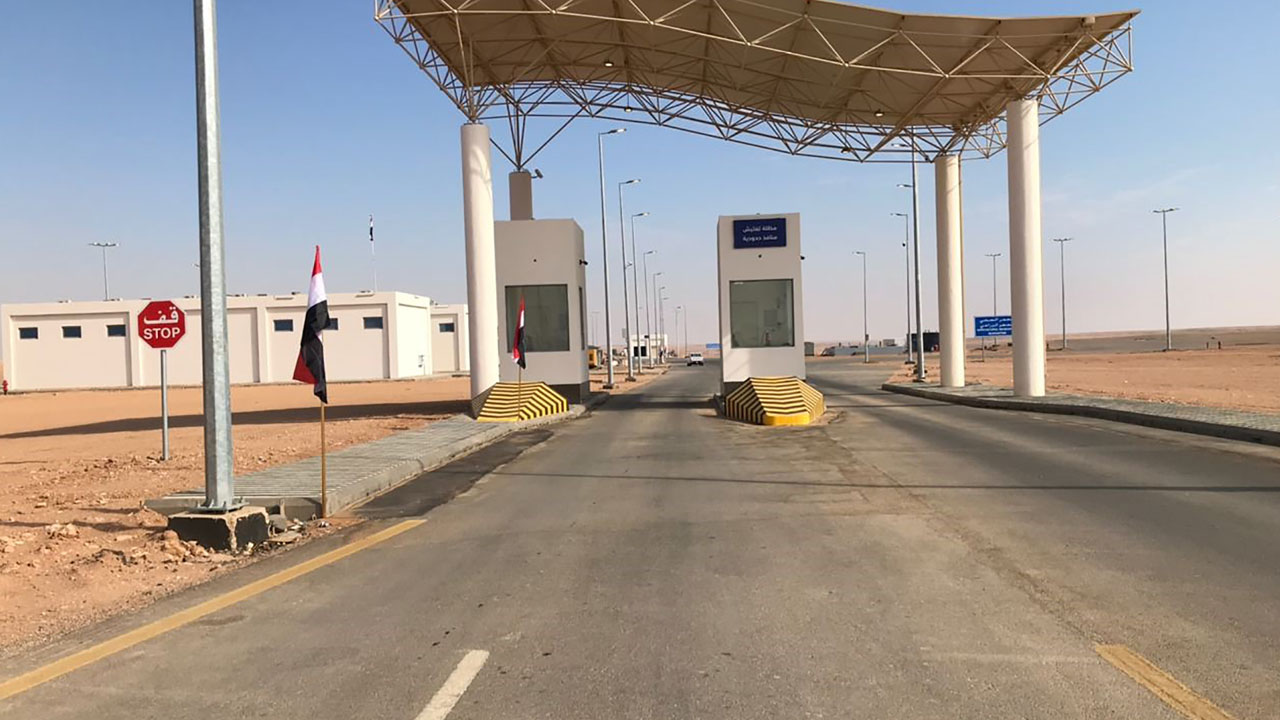 Iraq and Saudi Arabia on Wednesday reopened their Arar desert crossing, a long-awaited sign of closer trade ties after 30 years of sealed land borders between the two countries.

Top officials including Iraq’s interior minister and the head of its border commission travelled from Baghdad to formally open Arar, where a line of cargo trucks stood waiting.

The Saudi ambassador to Iraq was also in attendance and a delegation from Riyadh was to open the Saudi side of the border.

Arar will be open to both goods and people for the first time since Riyadh cut off its diplomatic relationship with Baghdad in 1990, following Iraqi ex-dictator Saddam Hussein’s invasion of Kuwait.

Kadhemi was to travel to Saudi Arabia as his first foreign trip as prime minister in May, but the visit was cancelled at the last minute when Saudi King Salman was hospitalised.

He has yet to make the trip, although Iraqi ministers have visited Riyadh to meet with their counterparts and a top-level Saudi delegation travelled to Baghdad last week.

Baghdad sees Arar as a potential alternative to its crossings with eastern neighbour Iran, through which Iraq brings in a large share of its imports.

‘Let them invest’
But pro-Iran factions in Iraq, which call themselves the “Islamic Resistance,” have stood firmly against closer ties with Saudi Arabia.

Ahead of Arar’s opening, one such group identifying itself as Ashab al-Kahf published a statement announcing its “rejection of the Saudi project in Iraq”.

“The intelligence cadres of the Islamic Resistance are following all the details of the Saudi enemy’s activities on the Iraqi border,” it warned.

Speaking to reporters on Tuesday evening, Kadhemi fired back against those describing the rapprochement as Saudi “colonialism”.

“Let them invest. Welcome to Iraq,” Kadhemi added, saying Saudi investment could bring in a flood of new jobs to Iraq where more than one-third of youth are unemployed.

The closer ties have been a long time coming.

They did not improve much after Saddam’s toppling in the 2003 US-led invasion, as Riyadh looked at the new Shiite-dominated political class with suspicion due to their ties to Iran.

A thaw began in 2017 when then Saudi foreign minister Adel al-Jubeir travelled to Baghdad — the first such visit in decades — followed by a Riyadh trip by Iraqi premier Haider al-Abadi.

The first commercial flights resumed between the two countries and officials began discussing Arar, with high-profile US diplomat Brett McGurk even visiting the crossing in 2017 to support its reopening.

But those plans were repeatedly delayed, with Arar only opened on rare occasions to allow Iraqi religious pilgrims through on their way to Mecca for the hajj.

More in the works?
Iraq is the second-largest producer in the OPEC oil cartel, outranked only by Saudi Arabia.

Its oil, gas and electricity infrastructure is severely outdated and inefficient but low oil prices this year have stymied efforts to revamp it.

Kadhemi’s government has sought to fast-track foreign investment including Saudi support for energy and agriculture.

On his trip to Washington this summer, he agreed to a half-dozen projects that would use Saudi funding to finance US energy firms.

Last year, Iraq signed a deal to plug into the Gulf Cooperation Council’s power grid and add up to 500 MW of electricity to its dilapidated electricity sector.

Those deals too have been criticised by pro-Iran factions in Iraq.