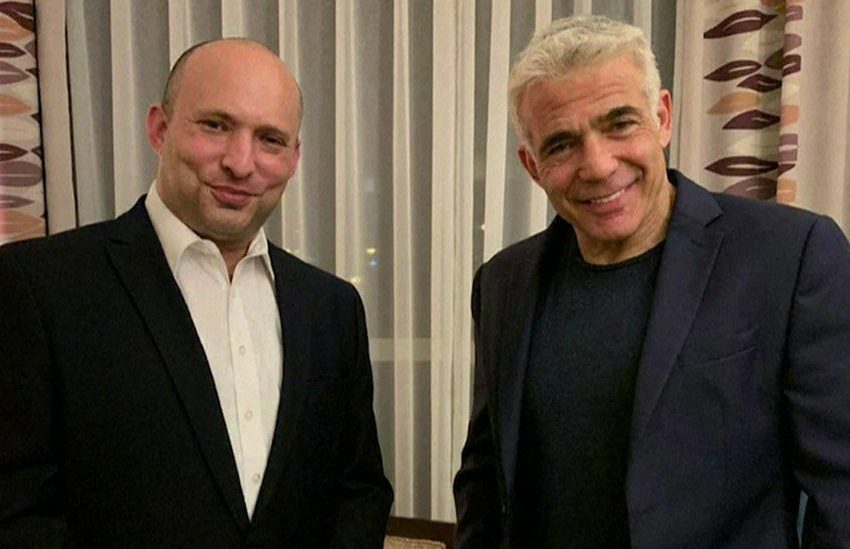 Israeli opposition parties have reached an agreement to form a new government that would end Benjamin Netanyahu’s 12-year tenure as prime minister.

Yair Lapid, leader of the centrist Yesh Atid party, announced an eight-faction coalition had been formed.

Under a rotation arrangement, the head of the right-wing Yamina party, Naftali Bennett, would serve as prime minister first before handing over to Mr Lapid.

There still needs to be a parliamentary vote before the government is sworn in.

However, with the vote not expected to take place for some days, there is still a chance this newly formed coalition could be upended by defections.

In a statement, Mr Lapid said he had informed President Reuven Rivlin of the agreement, adding: “I pledge that this government will work in the service of all Israeli citizens, those who voted for it and those who did not.

“It will respect its opponents and do everything in its power to unite and connect all parts of Israeli society.”

This is the first time in decades an Israeli Arab party has joined government. Other parties representing Israeli Arabs – who make up 20% of the population – have said they will oppose a government led by Mr Bennett, who rejects the concept of a Palestinian state, AFP news agency reports.

Mr Abbas told reporters: “The decision was hard and there were several disputes but it was important to reach agreements.” He said that there were “many things in this agreement for the benefit of Arab society”.

In his note to the president, Mr Lapid said he would head the government alongside Mr Bennett, who he would replace as prime minister on 27 August 2023.

Mr Rivlin has called on parliament to convene as soon as possible to hold the confidence vote.

If the coalition fails to win the support of a majority in the 120-seat Knesset, there is a risk of the country having to go to elections for the fifth time in two years.

The coalition members span the full spectrum of Israeli politics. The parties have little in common politically apart from their plan to replace Mr Netanyahu.

All eight factions were needed to pass the 61 majority figure.

Wednesday’s marathon talks took place in a hotel near Tel Aviv, with a large number of issues – from legalising cannabis to fines for illegal construction to the rotation of judicial selection committee posts – all on the agenda.

Israeli media suggested that not all the elements were finalised, and this could still create doubts over whether the coalition will win its confidence vote.

Mr Netanyahu’s right-wing Likud party won the most seats in March’s inconclusive poll, but he was unable to form a governing coalition after being given the mandate.

Mr Netanyahu had called the proposed new government the “fraud of the century”, saying it endangered the state and people of Israel.

Mr Netanyahu’s defeat was sealed not by left-wing opponents but by fellow right-wingers he had made into enemies by his ruthless, high-handed tactics.

No-one should expect big, new initiatives from the coalition, our correspondent says, adding that just surviving the onslaught Mr Netanyahu is undoubtedly planning will be a full-time job.