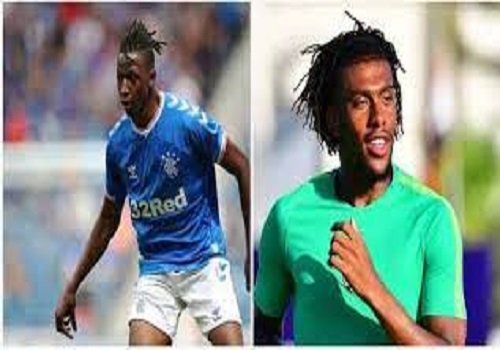 Everton of England midfielder Alex Iwobi cannot wait to be thrown into the game against Benin Republic in this weekend’s AFCON 2021 Qualifiers in Port Novo.

The former Arsenal striker said in Lagos yesterday that he was ready to play in any position assigned to him by coach Gernot Rohr.

“Anywhere I am told to play I am going to play,” he said.

He is optimistic that the Eagles can record victory away against the visitors while also looking forward to playing in Lagos when the Eagles welcome Lesotho to Lagos on March 30.

“We feel like we are ready to compete; we are excited especially playing in Lagos where we will have a few of the fans with us hopefully we can qualify that is the aim and we are confident we can do so,” he said.

“We are making efforts to qualify and that is why we are going to be prepared for the matches because we know how important they are , we want to win both games by giving our whole and doing what we can in order to get the two wins,” Aribo said.

The Glasgow Rangers striker quipped about playing in front of the Lagos fans when the Eagles welcome Lesotho on March 30 to Teslim Balogun Stadium.

“I have not experienced what it means to play in Lagos but I know it’s going to be an amazing one because football in Lagos is like we are back home,” he said.“It is just going to be a nice feeling to play out there ; I can’t wait to be out there honestly.”