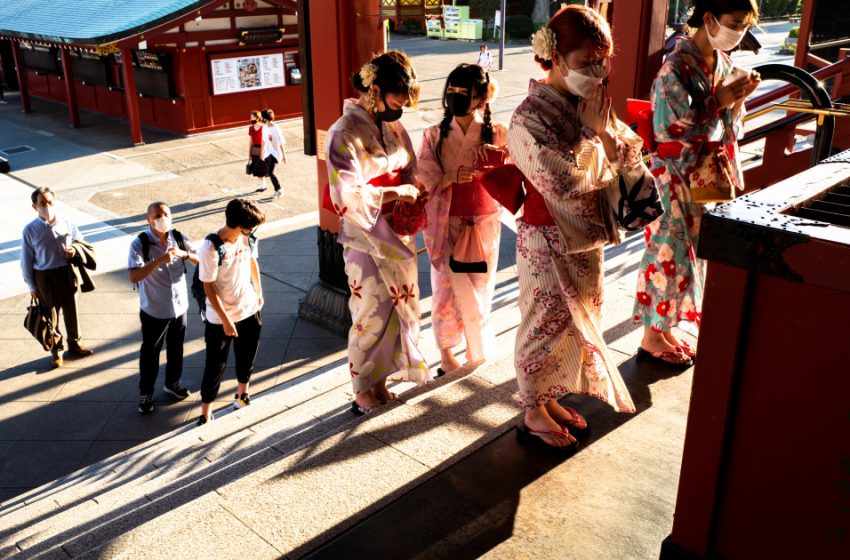 Japan is expanding a state of emergency to eight more prefectures, taking the total to 21 in all, to stem a rapid rise in coronavirus infections, the minister in charge of COVID-19 countermeasures announced on Wednesday.

The government has so far placed 13 of Japan’s 47 prefectures, including the capital, Tokyo, under emergency restrictions due to run until September 12 to combat soaring Delta variant cases that have piled pressure on the healthcare system.

Critical cases have spiked suddenly and the medical system is in an extremely dire state,” Economy Minister Yasutoshi Nishimura said at the start of a meeting with a panel of advisers, whose approval is needed to formalise the plan.

The government wants to impose emergency curbs on Hokkaido, Aichi, Hiroshima and five other regions spanning the Japanese archipelago from August 27 through September 12, he said.

It is also looking to add four more prefectures for more limited “quasi-emergency” measures, he said.

Restrictions in Japan have been looser than lockdowns seen in some countries and have centred on mandates for restaurants to close early and stop serving alcohol in exchange for a subsidy. There have also been requests for companies to have more staff working from home.

On Tuesday, the country reported 21,500 new daily COVID-19 cases and 42 more deaths across the country Tuesday, according to the health ministry.

Nationwide the total number of cases reached 1.34 million, with more than 15,700 deaths and close to 2,000 severe cases.

Japan’s case fatality rate stands at about 1.2 percent, compared with 1.7 percent in the United States and 2.0 percent in Britain.

But about 90 percent of Tokyo’s critical care beds are occupied as serious cases rise, forcing many people to convalesce at home, with some dying before they are able to get treatment.

NHK, the Japanese public broadcaster, says that about 25,000 patients are recovering at home due to the bed shortage.