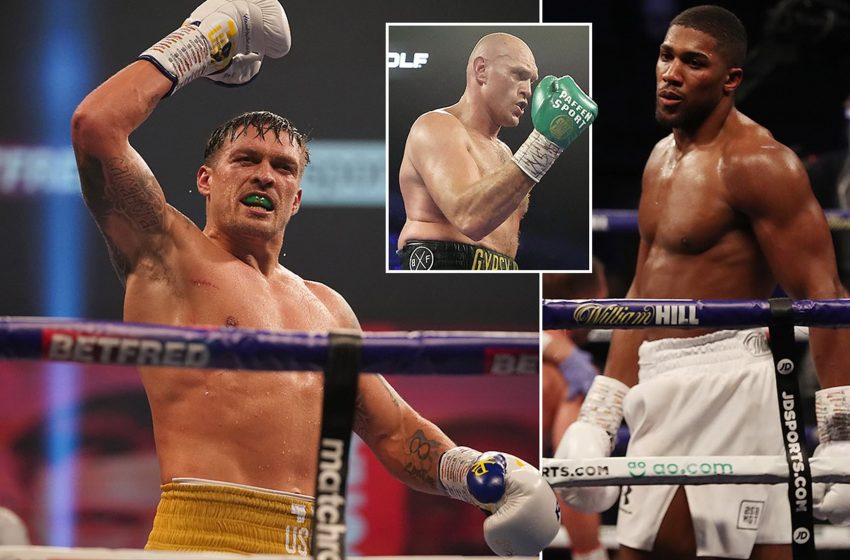 Anthony Joshua will turn to Oleksandr Usyk if his planned fight with Tyson Fury on August 14 failed to hold.

Fury has been ordered by American courts to face Deontay Wilder for the final fight in the trilogy bout, putting the Gypsy King’s planned battle with Anthony Joshua in doubt.

Fury claimed a historic victory when he stopped Wilder in Las Vegas back in February 2020, 14 months after the first bout controversially ended in a draw where many felt Manchester-born Fury should have won.

A third and final bout in the trilogy was due to hold last year but was postponed due to the coronavirus pandemic, which led Fury’s camp to move on and pursue an all-British bout for the four World Heavyweight titles.

The 32-year-old was due to go toe-to-toe with Joshua in Saudi Arabia on August 14 but that right now looks to be in doubt following an arbitration decision in the American courts.

Wilder’s team has long argued that their fighter had a contractual right to a third fight with Fury and, on Monday, American judge Daniel Weinstein sided with his compatriot.

A September 15 deadline has been set for that third bout – but a fight between the pair could be avoided with Wilder negotiations.

Fresh deals will now need to be struck to allow the Fury-Joshua fight to take place, potentially offering Wilder money to step aside and let the battle take place – which could see him than face the winner in 2022.

Saudi Arabia has already fronted costs of around £106m to host the historic Fury-Joshua fight, which will be the first time in history that all four heavyweight titles have been on the line.

A significant hurdle now needs to be overcome for the fight that fans across the globe want to see and the next few weeks will be crucial.

A video released yesterday by Joshua’s promoter, Eddie Hearn of Matchroom Boxing indicated that between Joshua and Oleksandr Usyk is a possibility if Fury is unavailable this summer.

The latest development comes as Joshua’s and Fury’s respective camps were putting the finishing touches on a potential undisputed heavyweight title fight in Saudi Arabia this summer.

Usyk (18-0, 13 KOs), the former undisputed cruiserweight champion, is the mandatory challenger for Joshua’s WBO belt. A Joshua-Usyk bout would give Fury time to fulfil his contractual obligation to Wilder while maintaining the possibility of a unification bout by the end of 2021. Hearn said he spoke to Usyk’s promoter and told him there’s a ‘good chance’ Joshua will face Usyk if Fury isn’t an immediate option.