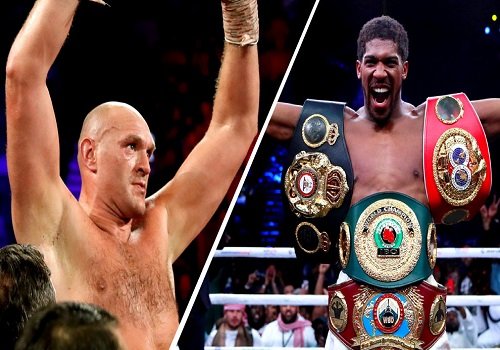 The respective teams behind Tyson Fury and Anthony Joshua have offered wildly different updates on the state of the heavyweight mega-fight.

Fury and Joshua are expected to clash in Saudi Arabia this summer having signed a contract last month and accepted an offer from the Middle East.

But while Joshua’s promoter Eddie Hearn is confident of making an announcement within days, Fury’s representative Bob Arum has suggested the fight might not happen.

Speaking to Sky Sports, Hearn said: “There were loads of calls at the weekend and last night to finalise the contract, long-form, for the site.

“Literally, we are in the second or third round of the final site long-form agreement [and] hopefully, this week, we can be in a position where it is all done.

“It’s never done until the ink is dry, but there are no obstacles to overcome, except to finalise the paperwork and get it announced.

“I’ve not seen a fight fall through at this stage before. We’re on the verge now but we still have to finish the job, and that’s the plan for this week.”