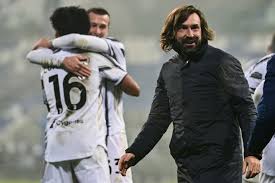 Juventus lifted the Italian Super Cup after beating Napoli 2-0 in the final Wednesday.

Juventus secured the trophy with goals by Cristiano Ronaldo and Alvaro Morata as Lorenzo Insigne missed a penalty for Napoli.

According to FIFA, Czech-Austrian forward Josef Bican is the all-time top scorer with an estimated 805 career goals from 1931 to 1955.