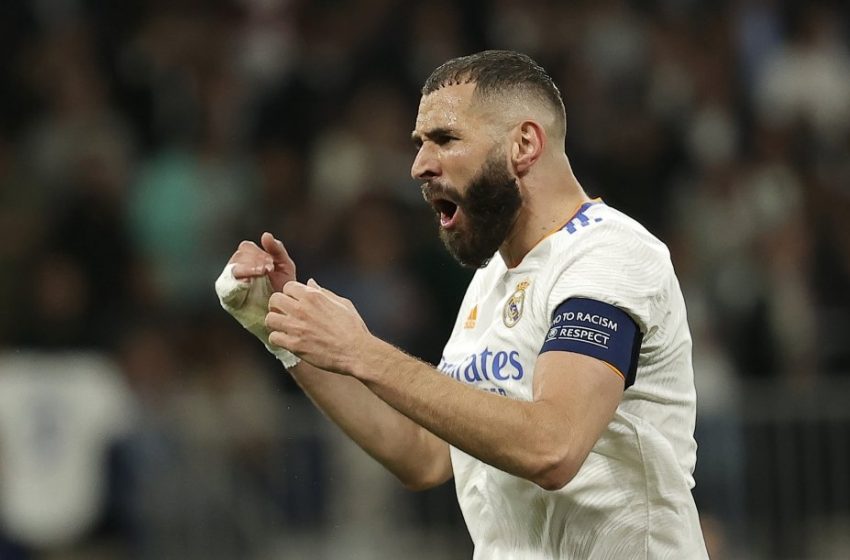 The French striker was a talismanic figure for Madrid as he drove them on to a record 14th European title, and his fifth since he joined from Lyon in 2009. Not only did Benzema hit double figures for Champions League goals in a single season for the first time in his career, his final tally of 15 earned him top spot in the competition scoring charts.

Remarkably, a joint-record ten of those goals came in the knockout stage, beginning with a decisive late hat-trick against Paris Saint-Germain in the round of 16.

He followed up with another treble away to Chelsea and then buried the extra-time winner to oust the holders in Spain, before a trio of goals against Manchester City in the semi-finals – including the extra-time penalty that capped a jaw-dropping comeback.

Although Benzema did not add to his haul in the final, he now stands joint third with Robert Lewandowski in the all-time European Cup goals table. “He gets better every day, like wine,” his coach Carlo Ancelotti explained last month. “Every day he becomes an even better leader, and feels more how important he is for the team and for the club. We are really happy and lucky to have him