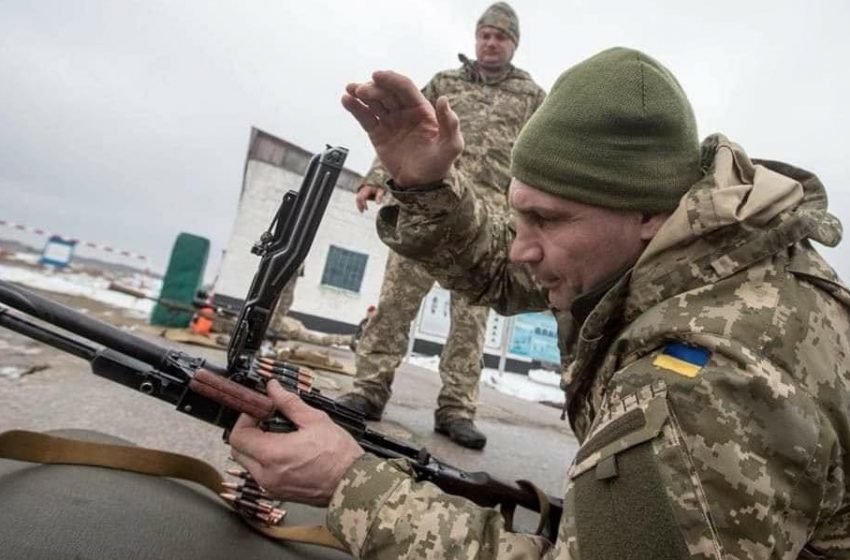 Boxing legends Wladimir and Vitali Klitschko have said they are “ready to die” in the fight against Russian forces invading Ukraine.

The two former heavyweight world champions are currently in Ukraine’s capital Kyiv, which Vitali is the mayor of, as a 40-mile military convoy approaches the capital.

The brothers reiterated their commitment to fight for their home country, with Vitali saying he is “proud to see how patriotic people are”.

“We’re not interested in how strong the Russian army is, we’re ready to fight,” he told CNN. “And we’re ready to die for our home country and for our families, because it’s our home. It’s our future and somebody wants to come to our home and steal our future from us.”

He added there was a “huge patriotic movement” to defend the country and that Ukrainians of all working backgrounds are ready to take up arms.

He said: “We stayed in front of one of the strongest armies in the world. The will to be independent is the main priority for us. And we’re defending our families, our city, our country and our future.

“There is a huge patriotic movement right now. Old people, can you imagine? Doctors, actors, actors from the theatre, many professions that never had any expectation to fight, to keep weapons.