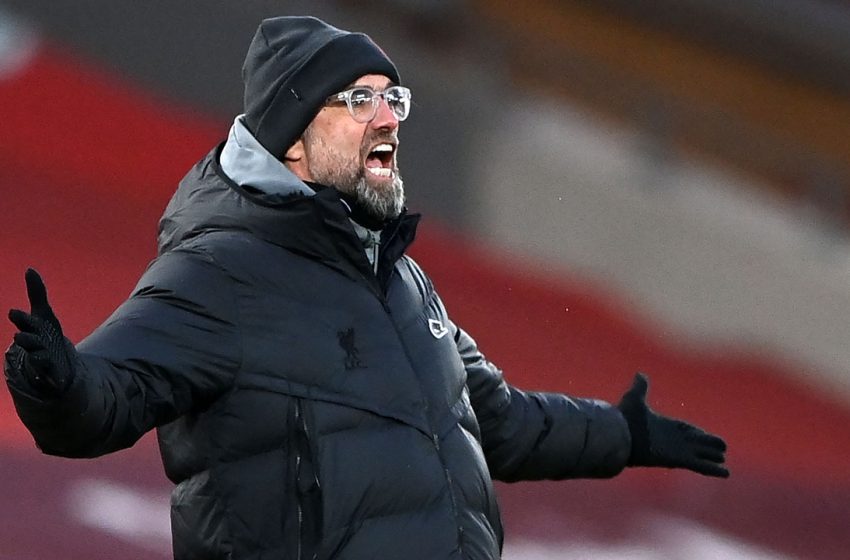 Julian Nagelsmann has the chance to inflict more misery on Jurgen Klopp when the two German coaching heavyweights do battle as RB Leipzig take on Liverpool in the first leg of their last 16 Champions League tie on Tuesday.

Klopp, 53, has earned cult status on Merseyside having ended Liverpool’s 30-year-wait to be crowned English league champions in 2019/20, the season after lifting the Champions League.

But a run of three wins in 12 games has left the Reds relying on a European run to save their season.

Twenty years his junior, Nagelsmann is seen as a rising star.

Under his stewardship, Leipzig announced their presence on the Champions League stage last season by reaching the semi-finals and dumped out Manchester United to reach the knockout stages this campaign.

AFP Sport looks at how the coaches compare:

Former defenders, born leaders
Both were centre-backs, but while Klopp hung up his boots in his early 30s after 325 appearances for Mainz, Nagelsmann was just 20 when a knee injury cut short his career.

Nagelsmann started out scouting for current Chelsea manager Thomas Tuchel with Augsburg’s reserves, then worked his way up through Hoffenheim’s youth academy.

He was just 28 in February 2016 when Hoffenheim made him the youngest permanent head coach in Bundesliga history.

That faith was rewarded as he took Hoffenheim from struggling to survive to the Champions League qualifiers, where they lost to Klopp’s Liverpool in 2017, before making the move to the Red Bull-backed Leipzig in 2019.

Klopp also made his name at one of German football’s more modest sides in seven years at Mainz before making a habit of awakening sleeping giants with Dortmund, then Liverpool.

He won back-to-back Bundesliga titles in 2010/11 and 2011/12 to briefly break Bayern Munich’s stranglehold.

However, Bayern had the last laugh when Arjen Robben’s winning goal at Wembley sealed a 2-1 win in the 2013 Champions League final.

After taking charge of Liverpool in 2015, more Champions League final heartache was to come for Klopp as the Reds lost the 2018 final to Real Madrid.

He finally lifted the Champions League trophy in his third final a year later before romping to the Premier League title last season.

Innovators
Known for making their presence felt on the sidelines and in post-match interviews, neither is afraid to get into a heated argument with a rival coach or match official.

“They are both emotional coaches who let their emotions out on the pitch – that’s the biggest similarity,” Leipzig striker Yussuf Poulsen told AFP.

Both owe their success to the German brand of energetic, high-pressing football, but have also proved innovative in their own ways.

Klopp attracted headlines by appointing a throw-in coach at Liverpool, while Nagelsmann had a giant video screen built at Hoffenheim to give players live feedback during training.

Nagelsmann has also caught the eye for some striking fashion choices, particularly on the biggest stage for Leipzig’s Champions League matches.

“I wear what I like. I’m a football coach, not a model,” he said after being quizzed over his attire for a 5-0 defeat to United earlier in the season.

Klopp, by contrast, keeps a low profile with what he once described as a “baseball cap and a bad shave”.