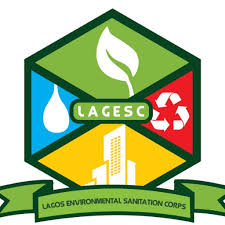 The Lagos State Environmental Sanitation Corps (LAGESC) has reiterated its readiness to resume operations in all the nooks and crannies of the State to maintain orderliness, especially on roads and market places across the metropolis, after the temporary setback caused by hoodlums, who hijacked the peaceful #EndSARS protests in Lagos.

The Corps Marshal of the Agency, CP Gbemisola Akinpelu (Rtd.), who disclosed this today during a meeting with Divisional Heads at the Command Headquarters, Safety Arena, Bolade-Oshodi, observed the need for LAGESC to continue its statutory duties of ensuring that every part of the State is free of environmental nuisance and infractions as Lagos remains the Centre of Excellence.

Mrs. Akinpelu, however, expressed displeasure over the recent destruction of public and private property, including that of the Agency, revealing that about six of its operational vehicles were completely burnt by the criminals alongside other government property.

While assuring that the destruction will not deter the Agency from its enforcement operations, she maintained that the Governor Babajide Sanwo-Olu led administration is doing everything possible to return the State to normalcy, open up the economy for business to attract investors and create more employment for the teeming youths in Lagos.

She, therefore, solicited for the support of all stakeholders, especially the traders, to carry out their activities within designated areas, imploring those trading on walkways and pedestrian bridges to move to designated market places.

“Some recalcitrant traders have returned to street trading in areas such as Ikeja, Oyingbo, Oke-Odo, Agric Bus Stop, Ikorodu Round-About and the stretch of Victoria Island-Ikoyi, which had been previously cleared by the operatives. These areas are not meant for trading or hawking. It will be in their best interest to vacate these zones before the operatives of the Agency move in”, she stated.

CP Akinpelu also enjoined pedestrians to make use of footbridges, instead of crossing major roads and highways, to avoid unnecessary loss of lives and traffic gridlocks, especially during peak hours.