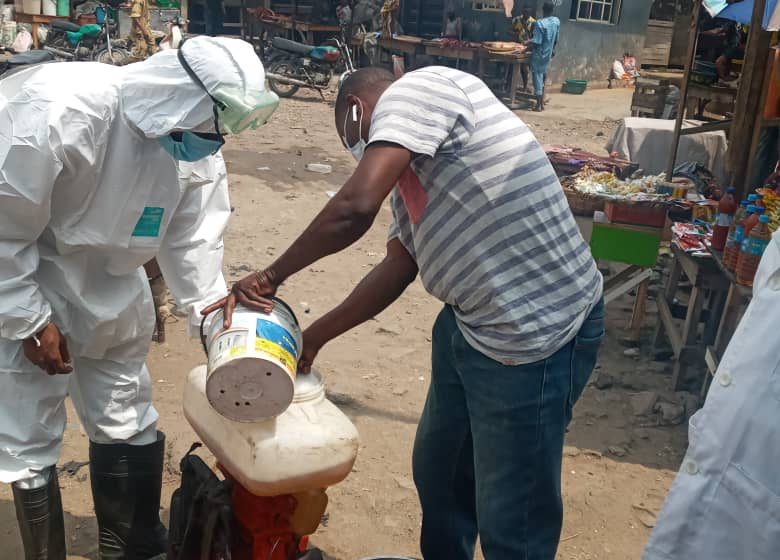 Lagos State Government today began a 2-week decontamination of 26 major poultry markets in the State against the resurgence of avian influenza (bird flu).

The State Commissioner for Agriculture, Ms. Abisola Olusanya who disclosed this in Lagos today explained that decontamination exercise was informed by the reported resurgence of the flu in Kano and Plateau States.

She noted that it was of utmost importance for the State Government to take preventive measures in order to prevent the occurrence of the flu in Lagos.

The Commissioner stated that with the devastating nature of the disease to the poultry industry as well as its serious socio-economic impact on the livelihood of farmers and other poultry value chain operators, it was not only imperative to curtail its resurgence, it is of utmost importance to act fast.

According to her, since the last outbreak of avian influenza in the State in 2017, routine animal disease surveillance activities have been carried out in the State mostly during the festive period, when there is a surge in the demand for birds into the state.

“Due to the recent reports of the resurgence of Bird Flu (Avian Influenza) in Kano and Plateau States on the 29th of January 2021, it has become necessary to intensify preventive measures to forestall the resurgence in our State hence, we will be carrying out a two-week disinfection programme in 26 major poultry markets across the State.

“Within a space of one week, the outbreak has been confirmed in two commercial farms in Kano and another in Jos, Plateau State, an indication that the disease is rapidly spreading to other States.

“The spread of bird flu (H5N1) had been successfully curtailed in Lagos State since September 2007 when the last outbreak was put down. Since then, routine animal disease surveillance activities have been carried out in the State. Disinfection exercises are also being conducted in major live bird markets across the State, mostly during the festive period, when there is a large movement of birds into the state,” Olusanya asserted.

The Commissioner noted that measures to prevent the resurgence of avian influenza in the State could not be overemphasized as the State has no fewer than 3,000 poultry farms of different categories as well as 150 live bird markets within its territory which serve as outlets for poultry and poultry products from various parts of the country.

Olusanya pointed out that in addition the State Government has set up surveillance networks across seven zones at Agege, Ikorodu, Badagry, Epe, Surulere, Ajah and Ojo stressing that 30 animal disease surveillance agents have similarly been assigned to carry out disease surveillance and bio-security monitoring in poultry farms and live bird markets located within the zones.