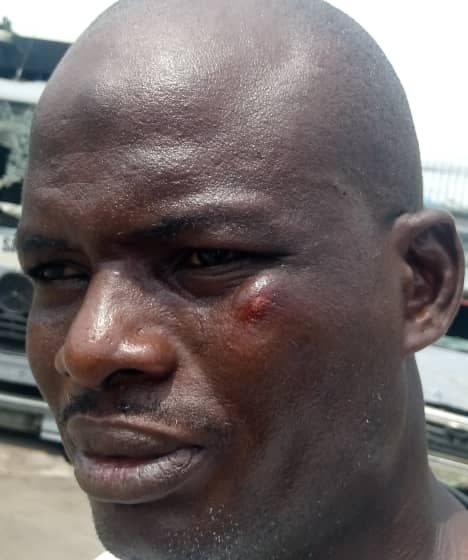 The Office of the Special Adviser to the Governor on Central Business Districts has condemned in its strongest terms Tuesday’s attack on its enforcement officers by operators of commercial motorcycle operators and hoodlums at Broad street by Habib Oki Street, Marina.

The Special Adviser to the Governor on CBD, Mr. Gbenga Oyerinde gave the condemnation while reacting to the unwarranted attack on its enforcement officers on lawful duties to dislodge okada operators who park indiscriminately and obstruct vehicular movement at road junctions around Broad streets and its environs.

Mr. Oyerinde noted that the recent attack on CBD personnel by hoodlums and dispatch riders has become one too many and will no longer be treated with kid gloves.

He, therefore, warns okada operators especially those on haulage business, dispatch riders, and tricycle operators operating within the Lagos Island business district to obey traffic rules and regulations in accordance with Section 3 of the Lagos Road Traffic Law 2012.

He frowned at the recalcitrant attitude of Okada operators who flout with impunity the stipulated traffic laws of the State guiding their operations noting that the ban on Okada and tricycle operations in some part of the State in which some roads within the Island CBD inclusive is still in force and CBD will enforce it to them later.

While reading the riot act to those in the habit of attacking government officials on lawful duties, he said that no amount of resistance and intimidation by hoodlums in the name of dispatch riders or tricycle operators can make the State Government go back on its resolve to enforce traffic and environmental laws of the State.

Oyerinde, who viewed an attack on any of its staff as an attack on the State, said the government will not condone such despicable acts and is determined to arrest and prosecute perpetrators in accordance with the laws of the State to serve as a deterrent to other members of the public.

He said “we cannot continue to condole this lawlessness by okada operators henceforth, we have given security agencies including our enforcement officers marching orders to fish out perpetrators of this dastardly act and strictly enforce the traffic law banning commercial okada and tricycles operations within the  CBD. He said further that no breakdown of law and order would be allowed within the Central Business District”.

Enforcement officers dislodging dispatch riders who use their motorcycles to obstruct the free flow of traffic at junctions were attacked with dangerous weapons by the dispatch riders and hoodlums leading to vandalization of official vehicles, bodily injuries, and subsequent hospitalization of a member of the team, Mr. Euba Taiwo who sustained a deep cut on his head.

Five motorcycles used by the rampaging dispatch riders were impounded and owners will be prosecuted accordingly.