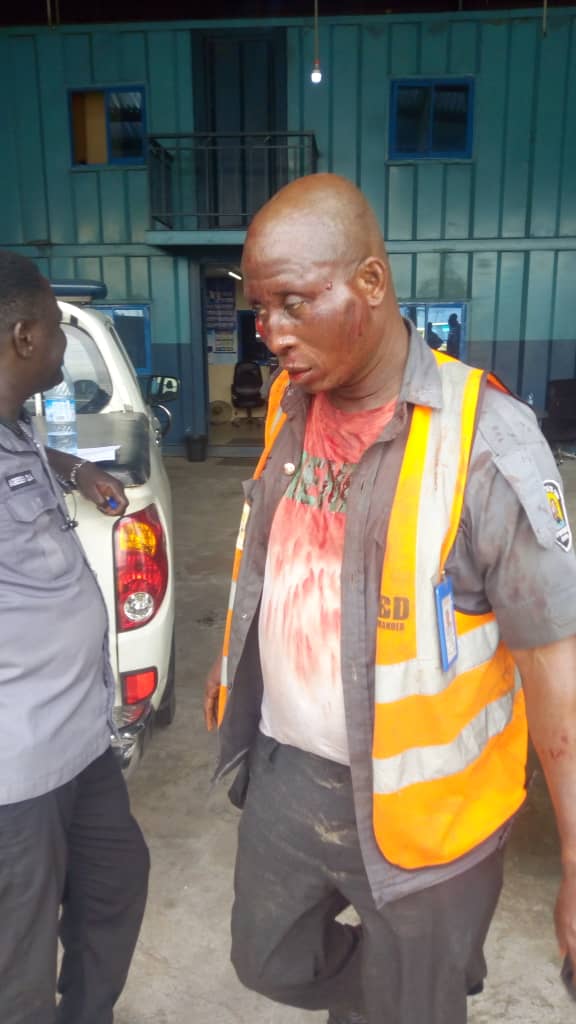 The Special Adviser to the Governor on Central Business Districts, Mr. Olugbenga Olarenwaju Oyerinde has condemn the increasing spate of attacks on its enforcement officers by hoodlums and miscreants operating within the Lagos Island Business Districts.

The Special Adviser condemn the act  while reacting to the attack on enforcement officers enforcing the “No one way traffic” rules of the Lagos State Government along the Idumota bridge to Iddo, Lagos Island by commercial bus drivers in connivance with Okada riders and hoodlums  over the weekend.

He said the enforcement officers on official duties  were attacked with dangerous weapons, stones and broken bottles leading to various degree of injuries to members of the enforcement unit and subsequent hospitalization of the leader of the team who sustain a deep cut on his head.

While warning miscreant who attacks government officials on lawful duties,  he said no amount of resistance and intimidation by miscreants parading as members of the National Union of Road Transporter Workers, “omo onile”  and shop owners can make the State Government go back on its resolve to enforce traffic and environmental laws of the State.

Mr. Oyerinde who  viewed an attack on any of its staff as an attack on the state said government views this in the most serious light and henceforth will arrest and prosecute perpetrators of such acts in accordance with the laws of the State to serve as deterrent to  other members of the public.

“CBD as an agency of government was established to provide  stress free and conducive business environment for the benefit of shoppers, traders and business owners through efficient and effective traffic and environmental management. CBD shall remain focus on carrying out these statutory responsibilities  despite intimidation and assault on its personnel”.

“Let me dissuade the mind of motorists, especially commercial bus operators,  traders and business owners not to see the agency as an enemy but partner in progress to ensure conducive business environment. They should ensure compliance with the traffic and environmental  laws of Lagos State instead of continually assaulting our personnel because we  will continue to apprehend traffic and environmental offenders within the business district.” The Special Adviser asserted.