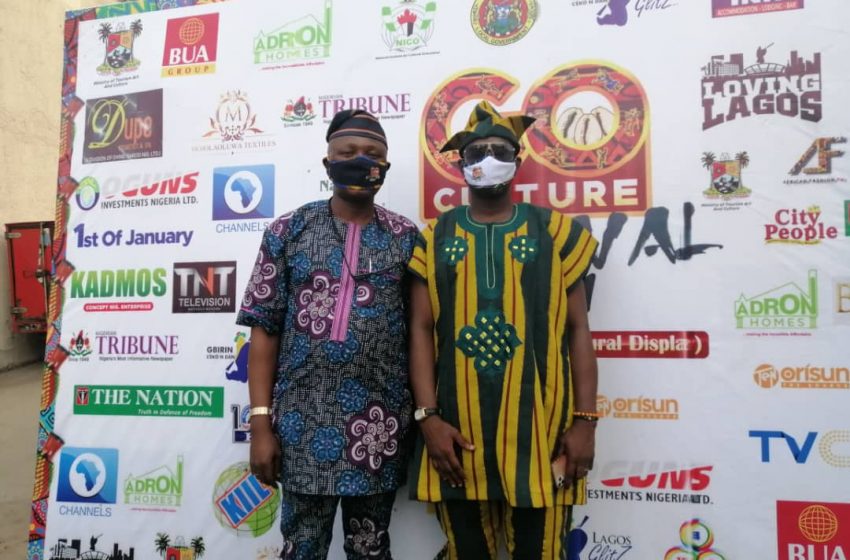 Lagos State Ministry of Tourism, Arts and Culture has endorsed ‘Go Culture Festival 2021’, describing the initiative as a step in the right direction towards cultural renaissance and preservation of Nigeria cultural heritage.

The Special Adviser to the Governor on Tourism, Arts and Culture, Mr. Solomon Bonu, while speaking at the event held recently in Lagos, extolled the resilience of the organiser of the event and his passion for cultural preservation.

He said that the theme for the 2021 edition of the annual event ‘Unleashing African Potential – Own Your Culture’, will no doubt reflect the current cultural diversity of the Nigerian culture and also establish a revival of the country’s cultural heritage.

Bonu, who was represented at the event by the Director of Creative Arts Department in the Ministry, Mr. Idowu Johnson, expressed the hope that the culmination of the country’s cultural practices under the Go Culture Festival will have ripple effects on the State’s economy and also across the country.

In his message at the event, the convener of Go Culture Festival 2021, Idris Coker, stated that ‘Go Culture Festival’ is Africa’s most prestigious Mega African multicultural display, exhibition, award and performances organised annually by Carnival and Cultural Pride Limited.

According to him, “Culture has been elevated in scope and operations as government at Local, State and Federal levels have over the years deliberately got themselves involved by setting up Ministries and Departments of Culture”.

He maintained that the Nigerian Government, apart from investing in cultural infrastructure across the country, has set up the national troupe comprising of dancers, drummers, singers, acrobats, choreographers, writers, poets and artistes.

Coker, however, called for more contribution from all relevant stakeholders and Nigerians as a whole in ensuring that the nation’s culture did not go into extinction but instead, make deliberate efforts to preserve the nation’s rich cultural heritage.

His words: “My message at this gathering is that we must all join hands in upholding and uplifting our culture, language and tradition. That is something that we have that no one can take from us. It is our natural wealth that we can’t compromise or overlook”.