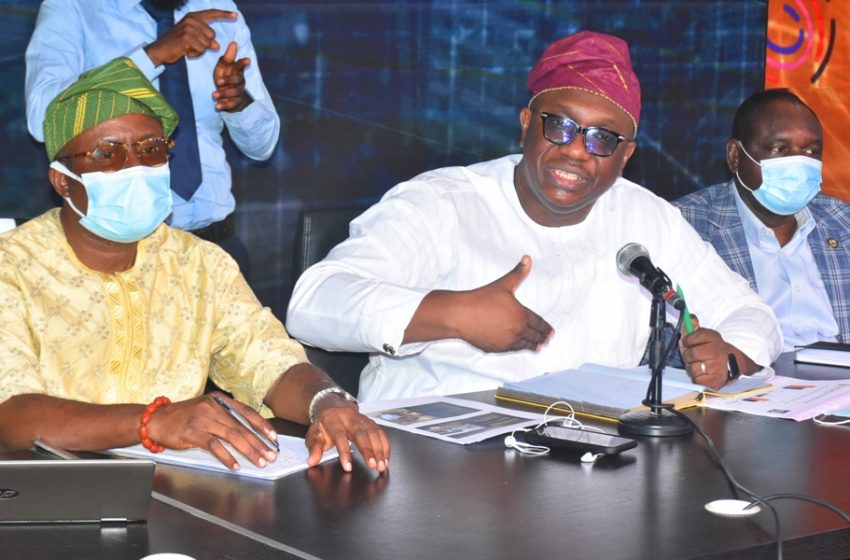 Lagos State government on Thursday revealed that it is executing 377 different capital projects in the 377 wards across the State while also making an assurance of continuous delivery of developmental projects at the local level.

The State Commissioner for Economic Planning and Budget, Mr. Samuel Egube disclosed this during the ongoing annual ministerial press briefing at Bagauda Kaltho Press Centre, Alausa, to commemorate the second year of Babajide Sanwo-Olu administration in the State.

While explaining the essence of these projects, the commissioner said the projects were initiated in response to the series of requests by the various communities across the State to address specific challenges that are germane to each ward.

Egube said the projects, which include the construction of 257 community roads and drainages; rehabilitation of 86 public buildings and the installation of Two jetties, Nine water projects and 23 power projects across all the wards in the State underlines the promises of the Governor during his campaign to run an all-inclusive government where all the yearning of the citizenry will be taken into consideration, while also ensuring that the ‘Greater Lagos’ vision is well on course, and no ward is left behind.

It would be recalled that Governor Sanwo-olu inaugurated the 377 projects six months ago across all the wards in the State at a brief and symbolic ceremony held at the Adeyemi Bero Hall, Government Secretariat, Alausa, Ikeja.

The commissioner said that most of these capital projects have been delivered for public use as he promised that there would be other phases of the ward projects in order for the government to deeply touch down on the various communities of the State.

LASOCU which represented the Federal Ministry of Humanitarian Affairs, Disaster Management and Social Development, Abuja in taking over relief materials from the Nigerian Customs and handing over same to different states of the Federation; as well as collaborating with the State Ministry of Agriculture to distribute the Lagos State COVID-19 food response as championed by the Governor, using the Lagos State Single Social Register, LSSR to reach the poor and the vulnerable.

Egube said that the Ministry through LASOCU facilitated the sensitization of Ikorodu residents in Two Wards i.e Agura-Iponmi and Ijede for COVID-19 Rapid Response Register for the expanded Federal Government Cash Transfer, while the Register generated by LASOCU was used by the State’s ministry of Women Affairs & Poverty Alleviation (WAPA) for the Lagos State Mega Splash empowerment.

He said: “As a result of the rigorous work the Lagos State Operations Coordinating Unit team had put in place in ensuring registration of all poor and vulnerable households (PVHHs), the initial score card of the State which was 34th position has been moved up to the 5th on the National Social Registry due to the coverage of a greater number of LGs/LCDAs in the implementation of the National Social Safety-Nets Projects, NASSP in Lagos State. The increase in Community Base Target (CBT) teams from 18 across the Six Federal LGs to 55 CBT teams (Six members per Team) plus additional 300 Ad-hoc Enumerators and Field Supervisors informally engaged by LASOCU led to the accelerated speed in NASSP.”

The Ministry facilitated the establishment of the State Cash Transfer Unit with initial enrolment of over 7000 PVHHs from LSSR currently enjoying a bi-monthly payment of N10,000 in Six LGs under phase 1 implementation- Lagos Island, Badagry, Epe, Ibeju-Lekki, Amuwo-Odofin and Apapa while additional enrolment of more than 5000 beneficiaries from LSSR is currently ongoing in the State. Beneficiaries for the second batch were selected from the following LGs: Alimosho, Agege, Ifako-Ijaiye, Shomolu, Ajeromi-Ifelodun and Ikorodu.