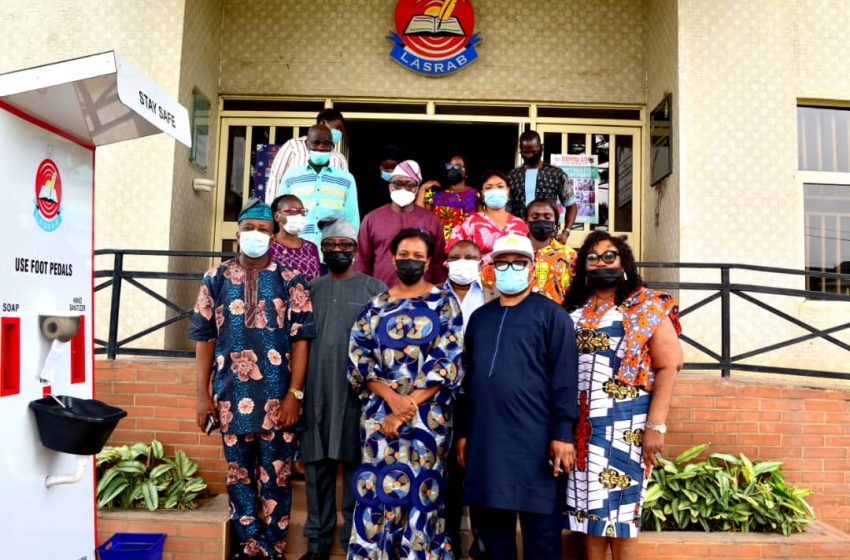 Lagos State House of Assembly Committee on Information, Strategy and Security, has said that the existing relationship between the legislative arm of the State Government and the Lagos State Records and Archives Bureau (LASRAB), would be strengthened for improved service delivery to residents of the State.

The Honourable Chairman of the Committee, Mr. Setonji David, made this known when the Assembly Committee members visited LASRAB, an agency under the Ministry of Information and Strategy responsible for record-keeping and archiving of historical materials and artefacts.

He said that the visit was part of the oversight functions of the House Assembly designed to acquaint the lawmakers with the activities of the various Ministries, Departments and Agencies of government under their supervision.

David acknowledged the very crucial roles being played by LASRAB in the preservation of the State’s artefacts, relics and other items of historical significance for posterity, research purposes, excursion and transmission of the State’s cultural practices.

The Chairman assured that the House of Assembly would be willing to make case for relevant laws that would further strengthen the operations of the Bureau in the delivery of its mandates.

The Director-General of LASRAB, Mrs. Bilikis Adebiyi-Abiola, who received the lawmakers alongside other top officials of the Agency, stated that it was historic that a Committee from the House of Assembly would be visiting the Bureau for the first time since its establishment.

She said that the Bureau has metamorphosed through different stages up to its present status of going digital with different archival materials and information dissemination using social media platforms.

Adebiyi-Abiola, on behalf of the entire management of LASRAB, assured the lawmakers of unalloyed support and cooperation going forward on mutually beneficial issues and decisions.

The Director-General, with other Heads of Departments and Heads of Units of the Agency later took the lawmakers on a tour of the facilities including the mini-museum within LASRAB and collection of historical artefacts, among others