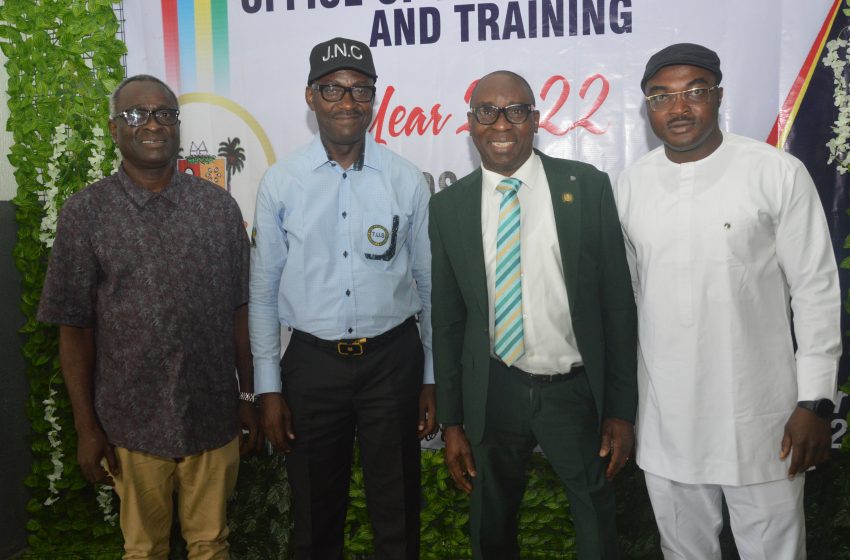 The Lagos State Government, through the Office of Establishments and Training, held a Joint Negotiating Council (JNC) meeting on Tuesday at Alausa, Ikeja, to resolve outstanding labour issues and staff-related career development and welfare matters in the State Public Service.

The Chairman of the Council and Permanent Secretary, Office of Establishments and Training, Dr. Biodun Onayele, disclosed that the meeting was designed to provide a platform to sustain the industrial harmony already being enjoyed in the State and demonstrates the willingness of the State Government to continue to interact and communicate on regular basis with the Union Leaders.

He expressed appreciation to Governor Babajide Sanwo-Olu for approving the convening of the Council Meeting while also commending the Union Leaders for their cooperation and support which makes it possible for the State to experience industrial peace and harmony.

The Head of Service, Mr. Hakeem Muri-Okun-ola, who was represented by the Permanent Secretary, Local Government Service Commission, Mr. Abiodun Bamgboye, disclosed that Mr. Governor has given the go-ahead to commence the process of salary increment for workers of the State whilst at the same approving the distribution of official vehicles to Directors in the State Civil Service.

He assured the delegates of the State Government’s commitment to continue to cooperate and support the Unions in their aspiration for their members, just as he commended them for their dedication and diligence on labour matters.

The Co-Chairman of the Council, Comrade Olusegun Balogun commended the Governor for demonstrating leadership by starting the process of salary increment for workers as well as granting approval for the distribution of cars to Directors in the Public Service.

He also appreciated the State Government for its cooperation in meeting workers’ demands whenever they are presented.

Also present at the event were the Chairman of Trade Union Congress, Lagos State Branch, Comrade Ekundayo; Chairman of Nigeria Labour Congress, who was represented by Comrade Tajudeen Gbadamosi; Chairman, Civil Service Commission was represented by Commissioner I, Mr. Adeshina Odeyemi and the Director-General of Office of Transformation, Creativity and Innovation, Mr. Toba Otusanya.

The Joint Negotiating Council meeting is a forum for interaction between government officials and all the Industrial Unions operating in the State Public Service to address and decide on implementation, issues pertaining to the welfare of the staff as well as to promote industrial harmony in the service.