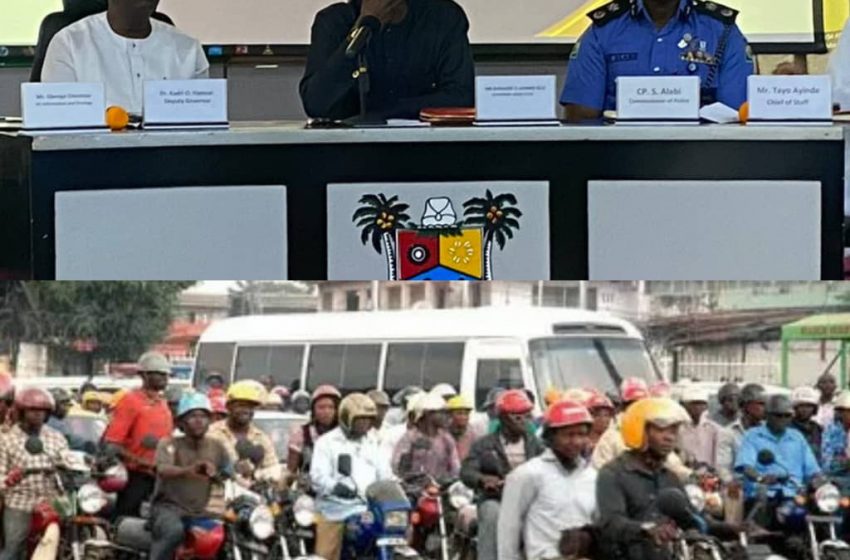 The administration of Babatunde Fashola was the first to take stern legislative and executive actions against the menace of  Okada  riders in the state. But the momentum was lost during the Akinwumi Ambode regime.

The menace gathered greater force when strange elements from neighbouring countries such as Niger Republic, Chad and Northern Cameroon joined the mass movement of Northern Nigerians to the South in the last three years, particularly during the COVID-19 pandemic.

Most of the  Okada  operators in the Apapa, Lagos Island, Lekki and Ikeja axes are armed and ready to kill anyone that crosses their path. One such recent incident was the killing and setting ablaze of David Imoh in Lekki Phase 1.  Okada  men had also killed Superintendent of Police, CSP, Kazeem Abonde, in Ajao Estate on September 24, 2021 during an enforcement activity.

These daredevil  Okada  men have no regard for the law, especially traffic laws. They drive against the traffic (One Way) and freely use the restricted Bus Rapid Transport lanes reserved for BRT Buses. Many of them do not even speak pidgin, our unofficial linqua franca, or any Nigerian orthography. They behave just like motorcycle-mounted terrorist-bandits who kill, kidnap for ransom, rape and even attack military targets in the North. They are clearly a security threat to lives and property in Lagos.

The government of Babajide Sanwo-Olu must make it clear this time that it has the capacity to implement the Lagos Traffic Laws to the letter. Lagos residents are looking up to him to protect them from the backlash that could ensue from the no-nonsense implementation of the law.