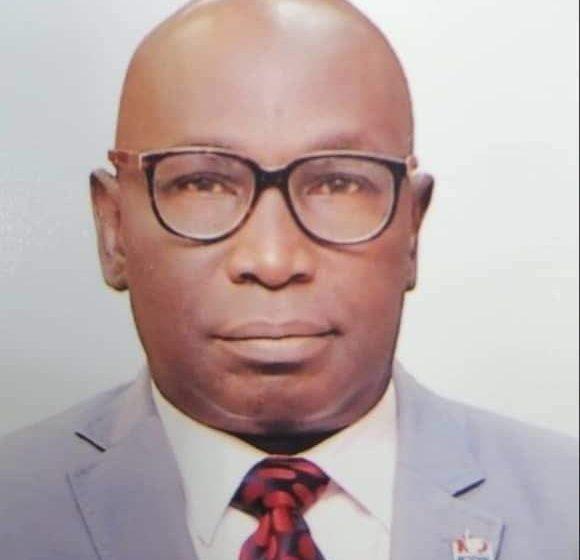 The fifth edition of the award ceremony took place at the Muson Centre Onikan, Lagos, with winners determined through votes cast by members of the professional body for all categories of individual and corporate nominees.

Responding after the award presentation, the Permanent Secretary said that after joining the Institute 25 years ago, the award showed that hard work pays and will be recognised no matter how long it took.

“I feel fulfilled that I have contributed my quota to elevating the standard of PR practice, especially in the public sector. The award will encourage me to contribute more to the progress and development of the Institute as ‘the reward of hard work  is more work ‘  to quote the words of the former Governor of Lagos State – Mr. Babatunde Fashola”, he said.

He expressed satisfaction at the progress being made by the NIPR, noting that the professional body “is carving a niche for itself by recognising excellence among communication practitioners and will, therefore, engender positive competition amongst its members”.

Thorpe applauded NIPR for his nomination and also thanked all those who voted to enable him emerge as the recipient of the award, promising to continue nurturing talents and managing stakeholder-expectations.

Attesting to the contributions of the Permanent Secretary to the enhancement of quality in the Public Affairs cadre of staff in the Lagos State Civil Service, the Director of Public Affairs in the Ministry of Transportation, Mrs. Bolanle Ogunlola, who was also present at the event, said “Mr. Thorpe ensured that all Information Officers of the Ministry become active members of the Nigerian Institute of Public Relations and the strategic move continues to bear great dividends, as Information Officers have been exposed to new knowledge frontiers with constant capacity building programmes than at any other time before now.”

Since its inception five years ago, the LaPRIGA has served as a source of inspiration for practitioners to raise standards, reward outstanding performance and expand the role of communicators in the industry.