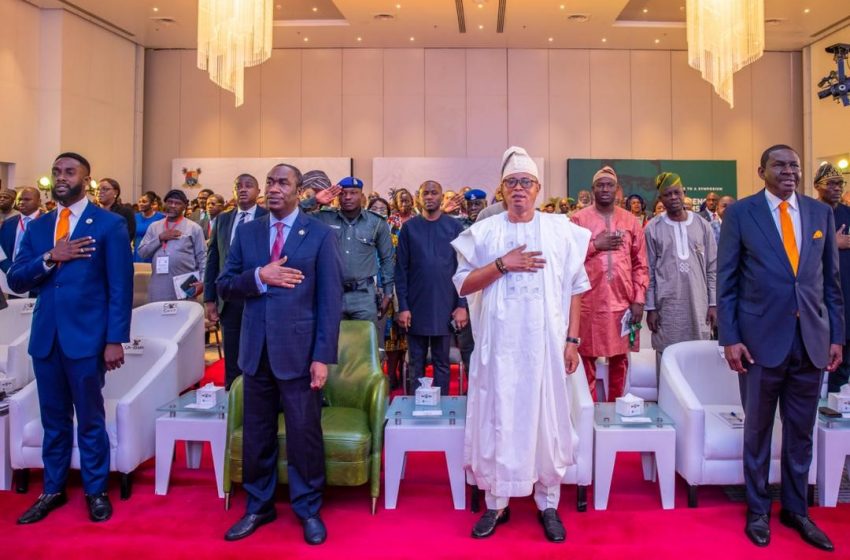 Lagos State Governor, Mr. Babajide Olusola Sanwo-Olu has stated that his administration would continue to support the State Emergency Responders System to reduce the casualty figures and losses resulting from disasters.

Speaking through the Deputy Governor, Dr. Kadri Obafemi Hamzat at a Symposium themed: “Emergency Systems and the Economy: Impact and Opportunities”, held on Tuesday at the Marriott Hotel, Ikeja, Governor Sanwo-Olu said this will further boost investors’ confidence and consolidate the State’s position as being investment friendly.

According to the Governor, “For a State with an estimated population of over 20 million people, host to industrial, commercial and economic activities, which translates to multi-billion naira investments, as well as the most urbanised cosmopolitan in the West African sub-region, the responsibility of ensuring the safety of lives and properties in terms of emergency response and management is quite herculean”, he said.

Sanwo-Olu added that like most smart nations and sub-national governments, the State Government has taken steps to invest in risk mitigation against natural and man-made disasters like flooding, fire outbreak, collapsed buildings, and others, which could negatively impact the lives of our citizens, shatter dreams and the hope of the vulnerable.

He noted that his administration, from inception, was very clear about its Strategic Policy Focus, which aimed at repositioning the State Emergency Responders to carry out their onerous responsibilities of providing safety and rescue service in the State.

Sanwo-Olu stressed that his administration is convinced that with modern equipment and well-trained/motivated personnel, response to and management of all kinds of emergencies will improve significantly.

In his words: “Government has stepped up the intervention, by establishing six new Fire Stations, three of which have been completed at Ebute Elefun in Lagos Island, Ajegunle in Ajeromi Ifelodun and Oniru Estate in Iru/VIctoria Island. The new fire stations underscore our unrelenting commitment to improve the response time, increase proximity and ensure firefighters get to the theatre of operations in record time”.

“On human capacity, the Governor stated that the State Government has recruited 435 Fire Officers to boost the personnel in the Fire and Rescue Service Agency”, he added.

Earlier in his opening remarks, the Special Adviser to the Governor on Special Duties and Intergovernmental Relations, Mr. Mobolaji Ogbedengbe stated that the need to proffer solutions to the current challenges such as massive changes in the world, climate, natural elements, from citizens and increasing expectation from the governed witnessed in the world and the state as well, has become more essential.

He noted that the symposium tagged: “Emergency Systems and the Economy: Impact and Opportunities”, has brought together célèbre minds to deliberate on a way forward and to suggest solutions to make Lagos State a better place to live in.

In his goodwill message, Chairman/CEO Sandeco Group Nigeria, Mr. Vincent Southey Effiong stated that the provision of robust emergency systems in the society often has a direct correlation to the outcome of any government’s investment drive, either foreign or local.

Similarly, the Lagos State Head of Service, Mr. Hakeem Muri-Okunola, who was represented by the Permanent Secretary, Office of Special Duties and Intergovernmental Relations, Mr. Sesan Tunde Ogundeko, said a critical examination of the State’s Emergency Management Architecture is overdue, particularly considering the incidence of flood and other national disasters that have ravaged many states within and outside Nigeria.

The highlight of the event was the unveiling of a new logo for the Lagos State Fire and Rescue Service Agency.