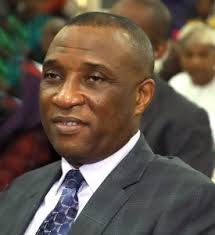 The Lagos State Government, on Tuesday, restated its commitment to environmental conservation through continuous awareness on the importance of wetlands.

Speaking at an event organised by the State Government to mark the 2021 World Biodiversity Day at Alausa, Ikeja, the Commissioner for the Environment and Water Resources, Mr. Tunji Bello, called for the adoption of best practices to protect the ecosystem across the State.

The Commissioner, who described the wetlands as a good source of freshwater, stated that action must be put in place to restore them as well as stop their depreciation and loss.

He explained that man is known to utilise more freshwater than the ability of the wetlands to naturally replenish and regenerate, noting that for this reason it is very important to manage the relationship between man with wetlands so as to ensure continuous availability for man’s life processes.

“Wetlands are known to be natural purifiers, but the Wetlands in the State are facing unprecedented pressure for housing occasioned by an increasing human population. This has consequently led to sand-filling and loss of the wetlands and their ability to naturally purify water and recharge the underground aquifer for various human uses”, he said.

Bello said the State Government would continue to address wetland quality decline through wetland restoration plans, continuous cleaning up of wetlands as well as ensure the integration of wetlands into development plans and resource management.

He noted that the State Government has at different times designated certain wetlands as protected areas to maintain their pristine nature and also recently installed signposts in all the wetlands in the State to further protect them from encroachment as well as preserve their natural functions, one of which is water purification.

While revealing that a sector policy on wetland and biodiversity is being developed to ensure balanced development, he noted that all future developments on or around wetlands will be subjected to a comprehensive Environmental Impact Assessment (EIA) process in line with world’s best practices.

Bello averred that the government has commenced the monitoring of degraded Wetlands in the State with a view to developing regulation for their management in order to prevent further encroachment.

The Commissioner, however, urged all those involved in illegal reclaiming of wetlands to desist from the act, while also warning residents to desist from the indiscriminate dumping of waste in the wetland and ensure that buildings are not constructed on government reserved areas as the present administration remains committed to protecting the wetland and its biodiversity.