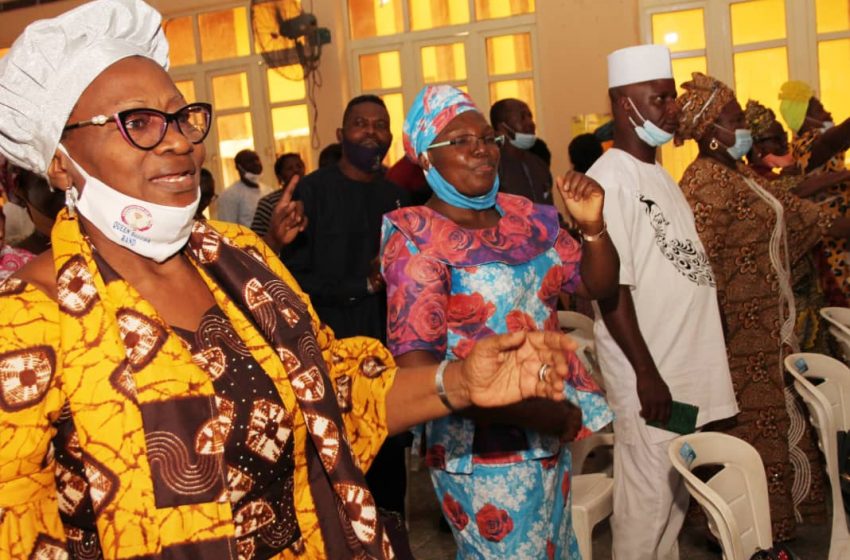 The Lagos State Christian Pilgrims Welfare Board (LSCPWB) has opted for holy pilgrimage to the kingdom of Jordan instead of Jerusalem for its forthcoming May/June Pilgrimage due to the refusal of Israel to open its border for the exercise.

The Commissioner for Home Affairs, Prince Anofiu Olarewaju Elegushi, disclosed this during the Pilgrims Welfare Board Stakeholders/Sensitisation Forum held for intending Pilgrims at the Chapel of Christ the Light, Alausa, Ikeja on Thursday.

Elegushi explained that the State Government, in conjunction with the Nigeria Christian Pilgrims Commission (NCPC), decided to embark on pilgrimage to Jordan instead of Jerusalem after investigations revealed that Israel might not open its border for pilgrimage soon.

He added that officials of the Ministry had visited Jordan during the routine ‘State of Readiness’ exercise to ascertain the level of its preparedness to host the pilgrimage exercise, adding that the state of their readiness to welcome pilgrims made the board settle for Jordan.

In his words, “The Prophecy of our Lord Jesus cuts across many settlements, many countries not only Jerusalem. If we go through our Bible we will see the role of other countries like Jordan even Egypt, Christianity is not all about Jerusalem”.

“We cannot just make decisions without your consent, you paid your money, we don’t put the horse before the cart, we want to know your mind and listen to whatever you have to say. Your decision as stakeholders is what we will present to the Governor”, the Commissioner explained.

While informing that the Ministry decided to hold on to the memo that will be sent to the Governor on the decision reached to opt for Jordan until after the stakeholders’ meeting, Elegushi thanked the intending Pilgrims for believing in the Board and entrusting their funds with the State Government.

The Permanent Secretary, Ministry of Home Affairs, Mrs. Adebunmi Adekanye, noted that pilgrimage to Jordan is a worthwhile experience, saying “Before now I heard people say they go to Jordan from the UK and I wondered what do they go to do in Jordan but now I have gone, seen and believed. I am sure it is going to be the same experience for you”.

She said having visited Jordan to assess the situation on ground, officials are convinced that future intending Pilgrims would be going on holy pilgrimage to both Jerusalem and Jordan, assuring them of a spiritual rewarding Pilgrimage in both countries.

Earlier, the LSCPWB Secretary, Mrs. Florence Gbafe said testimonies abound after they visited Jordan during the ‘State of Readiness’ and it has been spiritually rewarding, hence she encouraged the intending Pilgrims to rest assured of a spiritually filled exercise.

The Director of Operations, Nigeria Christian Pilgrims Commission (NCPC), Rev. Amos Yohanna, stated that seeing that Israel may likely not open its borders for pilgrimage for now they opted for Jordan in accordance with the law that established NCPC which says “The Commission is allowed to go to any part of the world where it is written in the Bible, where Jesus had worked. The same law allows us to go to Rome, Greece and Turkey etc”.

According to him, most of the Israelites lived and spent most of their lives across the Jordan which is now called the kingdom of Jordan, stressing that all of them used to be one country because there were no boundaries and the prophets were moving across River Jordan and receiving messages from God.

He listed some of the historical sites to be visited in Jordan to include Pella, ancient Penuel where Jacob, brother of Esau wrestled all night with God and his name was changed to Israel; Mount Nebo, where Moses looked across to the promised land and later died and was buried; Bethany beyond the Jordan, the traditional site of Jesus baptism; the Dead Sea, the lowest place on the earth and the land of Uz, the city of salt where job lived among others.

Yohanna also disclosed that the flag off for the Jordan Pilgrimage is scheduled for May 29, 2021, in Jos while Lagos will commence its airlifting in the first week of June 2021.

Responding, the majority of the intending Pilgrims thanked the State Government for the consultation forum as it helped clear the air on some grey areas while expressing their willingness to embark on the Pilgrimage to Jordan.