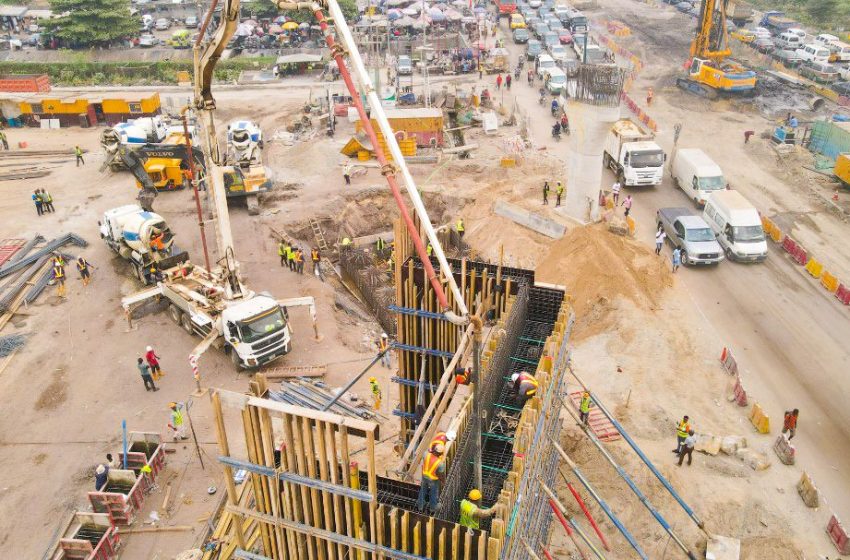 The Lagos State Government on Friday said that despite the adjustment in the delivery time line of the Lekki Regional Road, the project will be completed before the completion of the tenure of the present administration.

This was the position of the Special Adviser on Works and Infrastructure, Engr. Aramide Adeyoye who spoke after an Inspection of on-going construction works on the Regional Road project which starts from Victoria Garden City to Freedom Way at Lekki Scheme 1.

Engineer Adeyoye added that the Lekki Sub-region being the new economic centre of Lagos and with huge investments like the Lekki Free Trade Zone, Lekki Ports, Dangote Petrochemical Plant, Lekki Airports, and other industrial and commercial developments in the region., coupled with the numerous housing developments , public  and private springing up in the corridor needs an alternative.

According to her, Lekki Regional Road would be connecting VGC, Ikate Elegushi, Ikota, Chevron Drive, Ajiran, Pinnock Beach Estate, Gracefield Island, and Orange Island, up to Freedom Road. The road would serve as an alternative to the Lekki-Epe Expressway, which is already very congested and is at present the only road serving the Lekki Sub-region.

Speaking on whether the project will be completed as scheduled the Special Adviser said that the 8.75 kilometre road, comprise a 500 meters bridge, 251 metres interchange 50 metres bicycle lane and an adjoining 500 metres road being handled by Messrs Hi-Tech Construction Company Ltd was at 25 per cent completion stage She explained that the initial time line for the project which commenced about a year ago had to be adjusted because of right of way issues but given the pace of work, we are still much on course.

According to the Special Adviser, ‘The contractor is on site and they have done a lot of work behind the scene, pilling works for the pedestrian bridges are completed and the bridges are already in place while a lot of sand filling dredging on the road alignment has been achieved,” she said.
Adeyoye said, pile foundation works for bridge had already been completed and the contractors are working on other segments of the bridge components like the caps and abutments of the bridge component of the project adding that the project is a precursor to the proposed Fourth Mainland Bridge.

“By the end of next week, all of the pair works would have been finished so clearly you can see the bridge is running on course for the other work which when you move into across lkota, Igbosokun and fill up road junction, we also have another work being carried out. The beauty of the work is that all of the work are duly on course. I’m sure we are right on course and we will deliver in the life of this administration, she said.

According to Adeyoye, the Lekki Regional Road project which has already been integrated with the Lekki Infrastructure Master Plan is a precursor to the proposed Fourth Mainland Bridge, would further open up the Lekki area and serve as alternative route and link to several communities and industrial areas. “Upon completion, the Lekki Regional Road would ease gridlock on Third Mainland Bridge and serve as an alternative to the Lekki-Epe Expressway, which is already very congested and is at present the only road serving the Lekki Sub-region, she said.

The Special Adviser added that Lekki Regional Road is a leg of the proposed lagoon side alternative to the Lekki Epe Expressway comprising of three inter-connected alignments; the Regional Highway, the Regional Road and the Regional Express which connects the afore-mentioned two to the Osborne/Third mainland Bridge Corridor.